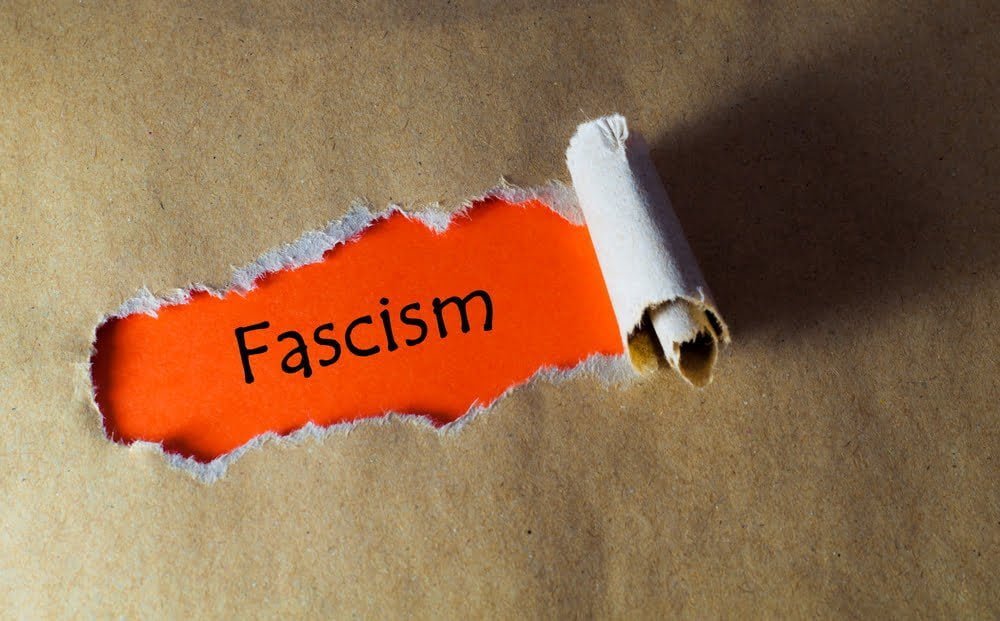 In recent years, right-wing groups have organized vocal, active, even militant movements that have worked to overhaul the K-12 public school curriculum to reflect their interests and ideologies. In many states, Republicans have successfully passed laws to limit teaching about race and racism, leading many teachers to fear they will be exposed for simply using the word white to describe racialized people. as white, or for speaking honestly about the evils of slavery. Currently in Ohio, there are concerns about what has been dubbed the “two sides bill” because it would require educators to present both sides of the Holocaust and slavery, among other topics. considered “controversial” or “divisive”. Bills to ban the teaching of gender identity and sexual orientation are also being drafted and passed in many states. So what does all this have to do with fascism?

This essay is not meant to be an in-depth study of fascism or even how it has long been present in the United States. The goal here is to show how individuals and organizations are using fascist language and strategies in their efforts to undermine public education in the United States.

Currently, a network of far-right groups is trying to overhaul the K-12 public school curriculum. They present themselves as simple parents and educators concerned about their children and eager to offer them the best education. However, a careful reading of their program proposals shows something quite different. For example, one coalition is currently promoting a social studies program called “American Birthright.” The name alone should give us pause, as it immediately signals not only the intended audience, but also who is and is not included in this program. But as we read on, we’ll quickly find echoes of Mussolini’s “The Doctrine of Fascism.”

Fascism is about power and the creation of a state where fascists decide who deserves full membership in the state and who is excluded from that membership and its rights and protections. Moreover, Mussolini describes this state as advancing with “a conscience and a will”, that is to say “an inwardly accepted norm and rule of conduct, a discipline of the whole person; it permeates the will no less than the intellect. Throughout his essay, Mussolini explains that fascism is part of every aspect of life, including education, because it is not just a form of government, but an ideology. So let’s go back to the program proposed in “American Birthright”.

The introduction states, “We also teach our children social studies so they can learn why their country is worth loving and learn what we owe to our ancestors – the heroes of America’s past who deserve our gratitude because ‘they created a free world and prosperous country and bequeathed it to us, their posterity. This is strikingly similar to Mussolini, who wrote that “the state transmits to future generations the memory of those who sacrificed their lives to ensure its security or to obey its laws; it sets up as examples and records for future centuries the names of the captains who have enlarged its territory and of the men of genius who have made it famous. Moreover, both texts present anyone who questions these narratives in a contradictory and unpatriotic way. For example, the kindergarten and kindergarten curriculum in “Birthright” is literally titled “Learning to be an American”, while Mussolini tells us that “the Fascist conception of life emphasizes the importance of life. state and accepts the individual only insofar as his interests coincide with those of the state.

However, when thinking about approaches to combating fascism, it is important to consider both what is being said and what is not being said. We should carefully consider who is included and who is excluded in their conceptions of nation or state. For example, the text “Birthright” indicates that their curriculum “includes four disciplines: history, geography, civics and economics. These disciplines teach us a lot about humanity and our world. Later in the document we see “humanity” and “the world” defined. Western Civilization is brought to the fore as one of the main content areas. A description of world history says their program examines “how Europe created a world system that united widely separated regions and gave rise to new nations in the Americas and Australasia,” then adds that the program pays “particular attention to the power and appeal of Europe’s unique ideals and institutions of freedom, and their varying reception by different civilizations. It is also important to note that Christianity is promoted throughout the program.

With regard to the history of the United States, the program focuses on “the development of the American nation from its origins in England and the English colonies of the Atlantic coast”. Notice something? Humanity and history are defined as white Christian Europeans, not only by the explicit centering of Europe, Europeans and their descendants in the United States, but also by the omission of all others. Think of the passage about ancestors – the heroes of the American past quoted above? Who are these ancestors? In this program, it is only white Christians.

The exclusion of all who are not white Europeans from this program serves to dehumanize them and make their history meaningless. Africa and Asia, for example, are absent from the “history of the world”. And the history of the United States revolves around the English settlers, completely ignoring the indigenous people who already lived in what is now the United States, while minimizing slavery and the contributions of enslaved Africans and their descendants in the country. So in these kinds of program proposals, we see that the strategy is not to explicitly use easily identifiable racist language. Instead, white (Christian) supremacy is promoted by defining “humanity” and “history” as white Europeans, to the exclusion of all others.

The exclusion and suppression of everyone outside of this white supremacist Christian view of humanity, history and ancestry is no exaggeration. The danger of this type of program must be taken seriously, especially in our current climate where a member of our House of Representatives has said that the GOP should be the party of christian nationalists and an eminent evangelical philosopher speaks favorably of indentured servitude. And in Texas, two prominent billionaires have backed conservative candidates and targeted public education with the ultimate goal of “replacing public education with private Christian education.” Republicans have already begun to successfully implement their fascist vision of education in many parts of the country. Many people, including prominent news media, are downplaying the harms of gutting public education in favor of a white Christian agenda by discussing “both sides” and presenting the issue only as one. moral dilemma or a difference of opinion. Meanwhile, those of us who are not part of this vision of a white Christian nation fear our erasure, for our safety and even for our lives.

So what can you do?

First, always read and listen critically. Do not confuse or confuse politeness or “professional” dress with fair, reasonable or democratic. Fascism comes in many forms or, in other words, “anti-fascism can only confront those who identify as fascists”.

Second, support teachers, librarians, and K-12 educators. Ask them how you can support them and, more importantly, follow through.

Third, join and support organizations that create and advocate for truthful and inclusive curricula that reflect our country and the world. Some examples are the Zinn Education Project, the Gilder Lehrman Institute of American History, and Honesty for Ohio Education.

This list of actions is by no means exhaustive. Instead, it’s meant to provide both inspiration and a starting point for people who want to fight fascist indoctrination but don’t know where to start. Working towards a free, inclusive and truthful public education system is essential to democracy and building a more just society.

This article originally appeared in the In Case of Emergency newsletter and is reprinted with permission.