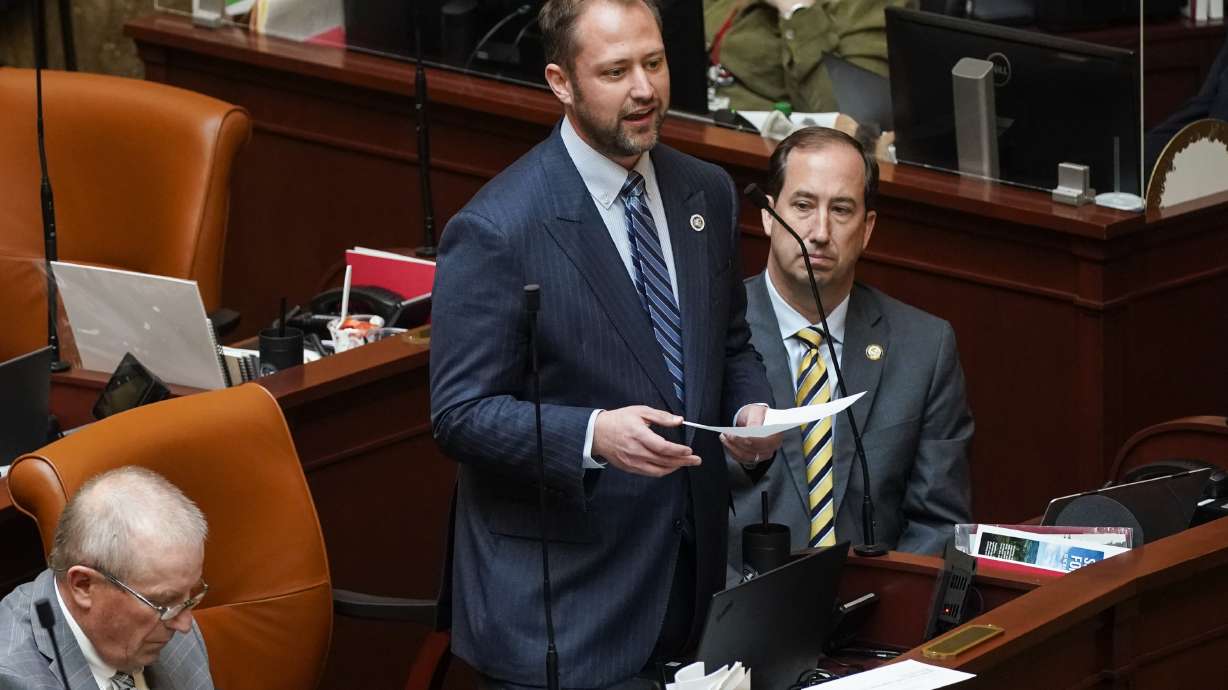 SALT LAKE CITY — A Utah lawmaker has dropped a proposal to require all Utah public school teachers to post all learning materials and schedules for each instructional day for parents to view. examine.

HB234 sponsor representative Jordan Teuscher, R-South Jordan, said in a statement that due to a “coordinated disinformation campaign” against the bill, he had to spend his time “putting out fires.” and thinks the bill needs more time than it needs. left in the session to pass.

“I strongly believe this is a topic worth taking the time to get right,” Teuscher said.

The decision comes after the bill sparked an outcry in the education community.

“This bill is insulting, heavy-handed and will not succeed in increasing transparency, but will certainly succeed in driving people out of our profession,” said Heidi Matthews, president of the Utah Educators Association.

The UEA has launched an online petition to urge the defeat of the bill, which was introduced in the House of Representatives earlier this week but had yet to go to committee.

House Majority Leader Mike Schultz, R-Hooper, noted that “a lot of people misunderstand” the bill, and that’s why Teuscher decided to “hit the pause button” to discuss of the issue with education stakeholders.

After Teuscher announced he would be removing HB234 from consideration, Matthews tweeted, “Yes! Thanks to the powerful voices of educators across the state!”

Teuscher said the intent of HB234 was “to correlate the education children receive in the classroom with the discussions and education they receive at home at the table. If we can open up transparency and give tools to parents so that they can talk to their children about what they are learning in the classroom, then they will receive a much more holistic and comprehensive education.”

He said he personally “found it particularly useful” when he was in high school and his special English teacher sent him a letter saying he would need to read some books over the summer. Teuscher said his father also read this letter and decided to read the books with his son.

“That summer was one of the most memorable educational experiences of my life,” Teuscher said, adding that her relationship with her father grew stronger as they discussed the books.

He added that he also hoped the bill would “help alleviate feelings of mistrust between parents and teachers”.

“Anger, hostility and accusations around curriculum issues continue to escalate, despite teachers’ best efforts to allay parents’ concerns. While it’s fair to say there are instances where these concerns have been justified, the vast majority of teachers are doing an incredible job and truly a yeoman’s job to provide the best education for our children,” Teuscher said.

But he said ‘without a clear plan for transparency’, with parents feeling they have no control over what is being taught, ‘mistrust will continue to damage parent-teacher relationships’.

Another bill that has caused a rift with the education community, Sen. Lincoln Fillmore’s SB114, remains on lawmakers’ desks after receiving a favorable committee recommendation on Thursday.

The bill would require parents to be involved early in the program selection process and allow them to make recommendations to the local council. The proposed curriculum would be available online for the public to review, and then the school board would hold a public hearing before voting on whether to adopt it.

It’s “not about putting the work on the teachers,” but on the districts, she said.

The bill would also allow teachers to continue using additional materials that fit into the curriculum.

“It gives them the flexibility…and they don’t have to do extra work, get approvals to do it, as long as it’s consistent with the content of the region’s program,” she said. .

Ashley Imlay covers state politics and breaking news for KSL.com. A lifelong Utahn, Ashley also worked as a reporter for the Deseret News and is a graduate of Dixie State University.