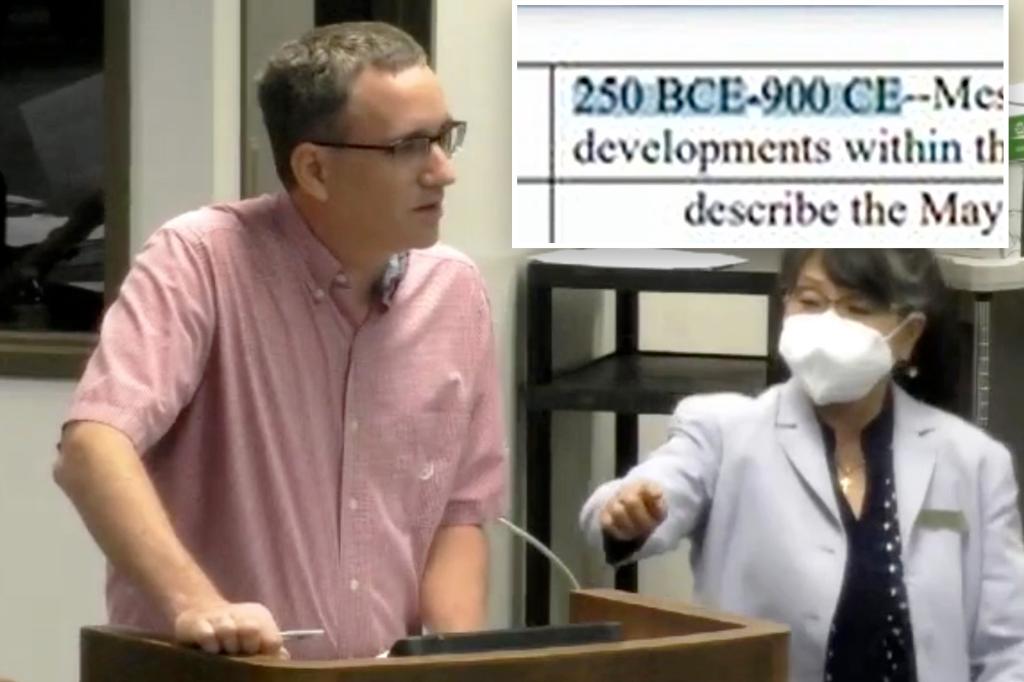 The Texas State Board of Education is considering dropping uses of BC and AD in textbooks and replacing them with a non-religious dating system in a proposed new statewide social studies curriculum.

The change, which would remove Christian references for dates, is in a draft for social studies classes and was noticed by a Texas teacher who spoke out against the proposal at the school’s last board meeting. education.

“I see that BC and AD have been removed and BCE and CE have been added instead,” said social studies professor Andrew Pearce. “I believe this is an effort to remove anything less than Christian from our public sphere.”

Instead of using BC (“before Christ”) and AD (“anno domini”, Latin for “in the year of the Lord”), the new program would use BCE, or “before the common era”, and CE , or “common era.”

“Getting rid of BC and AD is basically saying that Jesus is offensive, non-inclusive and irrelevant, however, Jesus is not only mentioned in the Bible, but also, the Quran mentions him over 25 times and he is a important prophet to Muslims,” added Pearce, who urged the state council to continue using this widely accepted dating system.

The council, however, argued that the change had nothing to do with religion.

“It has nothing to do with removing Christ from the calendar and everything to do with accuracy when dealing with historical events and including people of all faiths in a discussion of history,” replied Rebecca Bell-Metereau, member of the board of directors.

She added that the use of BCE and CE is for the sake of historical accuracy because Jesus was not actually born in AD 1, and the dating system was invented around 500 years after his birth.

The state Board of Education told the Post that the non-religious dating system is far from final adoption and that a “more nuanced” review process will be discussed in the fall. No date has yet been set for this discussion.