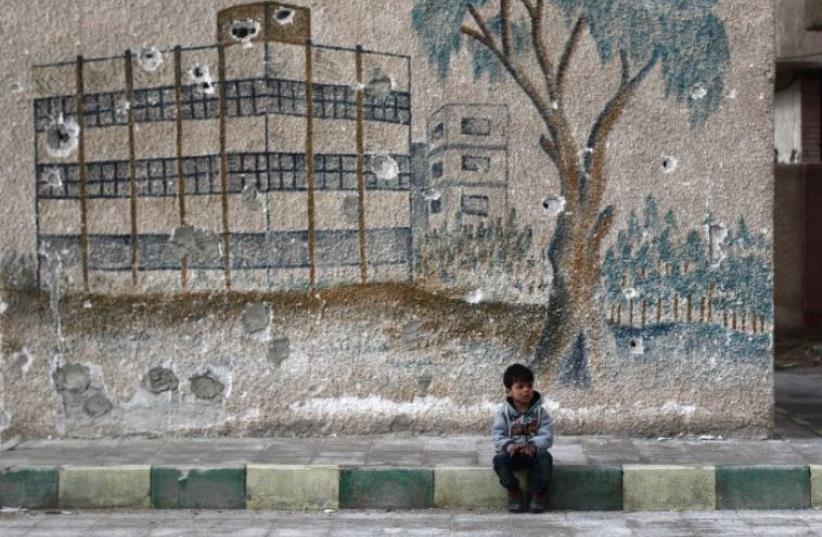 A new report analyzing Syrian textbooks found numerous references to hatred of other nations, and Israel in particular. Study of more than 50 children’s textbooks in Assad-controlled regime found passages preaching jihad (holy war) to twelfth graders and proclaimed himself the national leader of the Palestinian cause. author Eldad Pardo. “However, hatred runs throughout the school curriculum when it comes to radical pan-Arab nationalism, which sees the eradication of Israel as an ideological pillar.” Syria’s biggest proclaimed enemy is Israel, which is not mentioned by name in any of the textbooks, referred to as “the Zionist entity”. Israeli territory is labeled as “Palestine” or “Occupied Palestine” and is included in Syria’s representation of the greater “Arab homeland”. ) – a research institute that analyzes textbooks against the standards set by UNESCO – is the first to analyze school curricula during Assad’s reign. Violence and martyrdom are justified in textbooks and encouraged as part of the struggle and resistance against the â€œoccupiedâ€ Golan Heights. â€œThe rhetoric remains unchanged: Israel is a terrorist state and therefore all means are legitimate in the war against it, including terrorism and suicide bombings. In fact, even though the country fights a battle of life and death in front of the nation’s children, antagonism towards Israel remains a central tenet of the Syrian school curriculum, â€said IMPACT-se CEO Marcus Sheff. The West in general, with negative attitudes towards colonialism and imperialism. Throughout the textbooks, Judaism is presented with stereotypes and prejudices, such as the Jewish caricature of Shylock from Shakespeare’s play The merchant of Venice. The books state that “betrayal and deceit are attributes of Jews” and accuse “the Zionist entity” of controlling the global media and religious and ethnic racism. The Holocaust is not mentioned. Apart from this, religious tolerance as a general principle is promoted, although only one form of government – charter Sunni Islam – is promoted – religions other than Christianity are ignored.
DESPITE Syria’s seven-year civil war, the war is largely overlooked in the 50 2017-2018 curriculum textbooks reviewed in the study. war is ignored in their textbooks, â€Sheff said. Countries that support the Syrian government are portrayed in a positive light, especially Russia, Iran, Lebanon and Egypt, as well as the militant Islamic group Hezbollah. The books showed an increased affinity for Russia and Russian culture; more and more Syrian students are adopting Russian as a second language. According to the report, more than 10,000 students in 100 schools are participating. Much of the Syrian educational program is based on the idea of â€‹â€‹secular pan-Arabism, a unification of Arab nations with a focus on Syrian independence. But even though Iran fights alongside the Syrian regime, it is still seen as a competitor and an obstacle to a shared Arab homeland. The United States is presented as the opposite of Russia – a selfish, colonialist nation that interferes in Arab countries “as a means of expanding their control over the world, lying to justify their actions.” Arab homeland ” to include Syria, Jordan, Israel, the Palestinian Authority and Lebanon as part of â€œGreater Syria.â€ Analysis of the program in these books, Pardo and his colleague IMPACT-se researcher, Maya Jacobi, found that despite certain redemptive qualities, the Syrian program does not meet UNESCO’s standards for peace and tolerance. “The Syrian tragedy is proof that the dichotomous choices offered by the program to students – that of the ‘love, progressive thinking and a spirit of volunteerism as opposed to hatred and a martial attitude towards the Other – can only contribute to the uproar that is modern Syria, â€said Pardo.