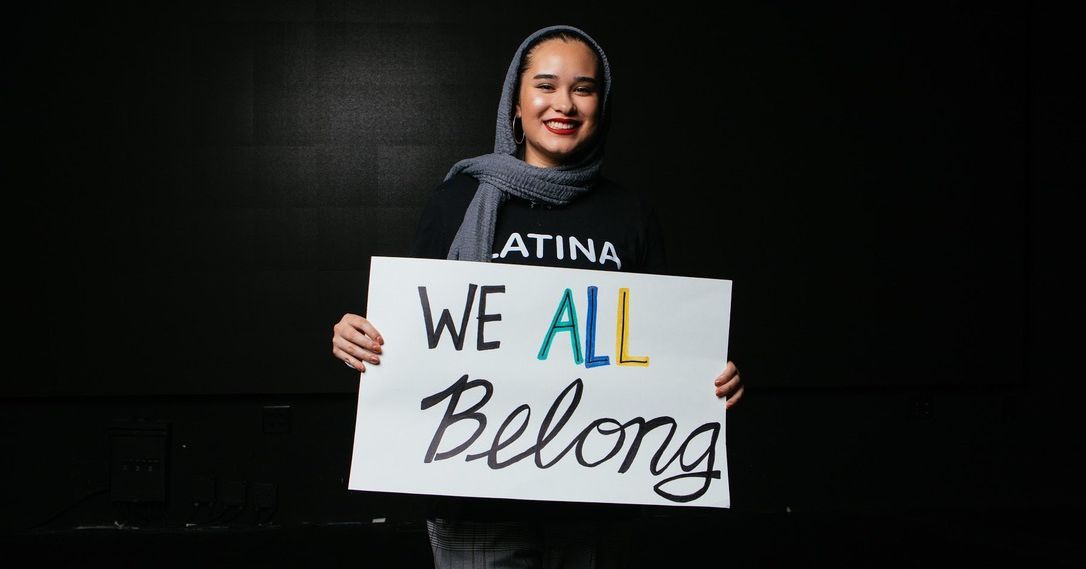 Whenever we talked about 9/11 in class, heads slowly turned in my direction.

I was the only hijab in my class, class, and school in Nashville. The lack of representation around me was more suffocating than the actual scarf around my neck. I was afraid my classmates would learn to see me as the enemy.

In our world history textbook, I searched for chapters on the endless achievements of Islamic empires to find endless pages on the academic and technological advances of Europe. I thought about the beauty of my religion and how its message of peace and forgiveness was blatantly forgotten. Instead, Muslims have been portrayed as the barbaric enemy from the days of the pirate ships to the horrors of ISIS and everything in between. I never got to see myself – or the achievements of Islam – reflected in what we were studying.

I wanted stories in which blacks and browns are visible and their achievements are recognized. But I had to look for them myself.

This problem has not only affected me; it affected all who were not white. From the shrouded tale of slavery in America to twisted notions of American colonization quests in places like the Philippines and Hawaii, the violence targeting people of color was whitewashed. It is not a coincidence ; rather, it is part of the structural racism embedded in American education systems. Schools need to diversify their canon, teach unfiltered history and raise awareness of the importance of diversity and inclusion.

Over the past year, laws targeting critical race theory have sought to hide the truth about racism in America. While still in high school, I signed a petition to remove Laurie Cardoza-Moore, a woman who violently opposed the construction of a new mosque in Murfreesboro, Tennessee, of the Tennessee Textbook Committee. (The petition unfortunately failed.) I researched critical race theory – and upon learning the truth about it, I wondered why some white people were so threatened by it. I heard that one of my favorite novels, “The hate you give”, about a young girl and her experience of racism and police brutality, was banned in Katy, Texas.

In high school, I was part of an organization focused on diversity, equity and inclusion work and bringing people together to talk about difficult topics. We hosted a conference last summer on issues surrounding race and identity. Some of the conference sessions included topics such as global citizenship and self-reflective identity work. As the conference unfolded, I was too busy handling the logistics of it not to have plenty of time to enjoy the fruits of our labor. But on the second day a few friends and I attended one of the conferences.

A professor was explaining and breaking down critical race theory. I remembered hearing about it on the news and how many states had banned it or tried to do so. The professor explained that critical race theory means lifting the veil on historically obstructed lessons. It means putting the truth forward without hindering the facts or changing the narrative. So why are people afraid of the truth? I realized then that whites who perpetuate racism fear the truth will expose them. They protect themselves by using local laws to cover American history.

Those who rally to include and amplify the voices of marginalized communities look to a future where the stories and stories of black and brown students will never be distorted or excluded in the classroom. I am fighting for a future in which young people can embrace their culture, race and heritage inside and outside their schools. I envision a future with honest and varied history lessons, diverse playlists – a future that will bring us closer to racial justice, educational equity and real visibility for all.

Salwa Daouk is a freshman from Nashville who is the league leader for EdTrust Tennessee.