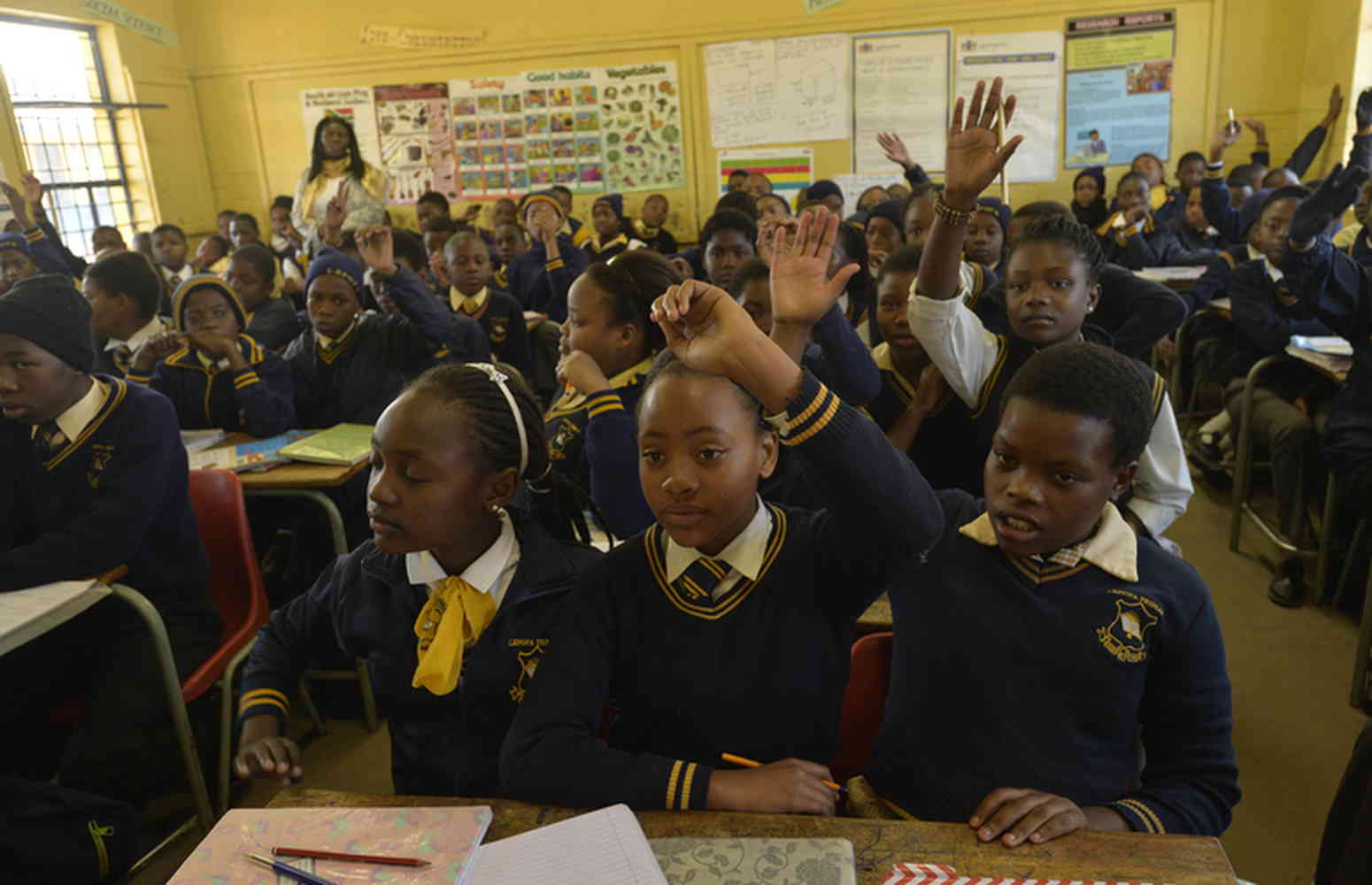 A defining characteristic of South Africa is the level of inequality in almost all spheres of society. Nowhere is this more observable than in school sector.

It is not uncommon to find wealthy schools, comparable to the best in the world, within 5 km of poor schools. Some of the blame for this inequality can be attributed to the lingering effects of racist funding that favored whites during apartheid.

But it raises the question of why, after more than two and a half decades of democracy, poor children in South Africa continue to sit in overcrowded classrooms with crumbling floors and shattered windows. There are still schools in South Africa where pit latrines are used, a fact which the educational authorities are familiar with.

To its credit, the state implemented a school funding policy in 2006 with the intention of achieving equity. This free school policy classifies public schools into five groups or quintiles. The poorest schools, those that serve the poorest communities, belong to quintile one. The wealthiest schools are in the fifth quintile.

But it’s clear that the school funding policy has not had the expected effects on equity.

Poor schools have lost paying parents to better endowed schools. Thus, poor schools benefit the poorest and the richest. Not only are the allocations insufficient for free schools, but the categorization of schools is sometimes incorrect. and recent budget cuts will be felt most by the poorest schools.

Our study showed what kinds of financial difficulties these schools have and suggests that a better way to fund schools and reduce inequality would be to review the current free tuition policy. We also suggest that the per-learner allocation be increased to ensure some degree of equivalence across the school system.

We interviewed the principals of eight schools in the city of Durban in South Africa. The schools were divided into quintiles three to five. Participants said the demographics of their schools had changed and students had moved to better-resourced schools.

Demography has amended in South African cities since the end of apartheid. It has also changed the racial profile of schools, especially those serving children in the growing new informal settlements. Principals in our study complained that their schools had been misranked or that their poverty status had changed.

Principals in quintiles four and five said that over the past decade their schools had admitted a growing number of poor children but attempts to obtain a change of status had not been successful. Parents could not pay the fees and it could put their children to shame.

Our interviews with school principals, especially poor schools that had little opportunity to raise additional funds, revealed that budget allocations were far from adequate. Often, the funds were transferred to the schools quite late in the school year. This made the day-to-day survival of these schools very difficult.

Wealthier schools can decide their own annual tuition, benefit from donations from wealthy former learners, and use their networked parent organization to attract donations from the corporate sector. Many of these schools have professional finance teams that oversee their financial management. They can plan and spend on building extensions and sports facilities.

Principals revealed that budget cuts to provincial education departments meant they would receive a smaller allocation in 2022. The effect on wealthier schools is expected to be minimal, given their flexibility to raise tuition fees. Poor schools, faced with cost increase due to inflation, pay more each year for operating expenses such as water and electricity. They are likely to reduce teaching and learning resources such as textbooks and stationery.

Already deprived children are likely to have an even worse learning experience. Some poor communities, as the directors of our study reported, had resorted to illegal electrical hookups to keep the lights on in their schools even before these budget cuts.

The long-term effect of mediocre schools providing a lesser quality learning experience for their learners is already obvious. Many poor parents who see education as a way to break the cycle of poverty make huge financial sacrifices when they send their children to schools they perceive to offer better education.

This model migration to better schools began after the abolition of Group Areas Actan apartheid policy that prohibited people from living and going to school outside their racially designated geographic areas.

The consequence for poor schools is that as they get poorer, they also become less attractive and may suffer a further loss of paying parents.

The free school policy in South Africa, although well-intentioned, demands serious consideration. As an immediate priority, the Department of Basic Education should allocate funds to build flush toilets and provide safe running water in schools that lack these facilities.

Poor schools lack the ability to fundraise for basic needs. Funding for this type of capital expenditure cannot come from the already meager funds in the operating budget of poor schools.

Funds should be made available for infrastructure, especially in poor schools that lack basics like libraries, computer centers and sports fields, and for the renovation of dilapidated classrooms. Political will is needed to introduce some degree of dignity into the learning experiences of poor children.

Dr. Ian Africa, researcher in economics of education, contributed to this article and the research on which it is based.