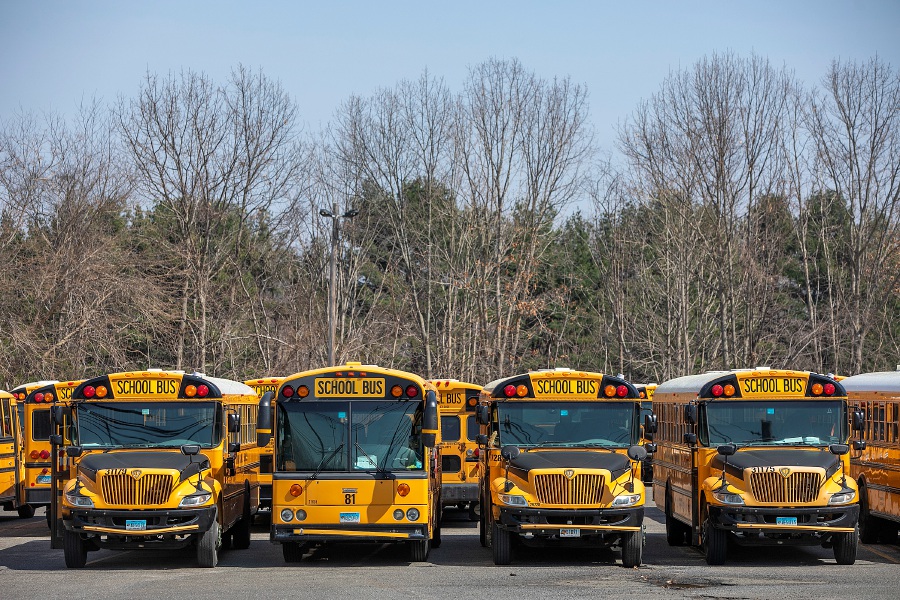 WALLINGFORD — After a year in which school officials said they struggled with buses not showing up to pick up students on time, Wallingford Public Schools has won a bid waiver from City Council to conclude a new transport agreement.

The school district is currently in its second year of contract with Durham School Services, but with the bid waiver, it will begin a new five-year contract with Specialty Transportation next year.

“It’s a matter of service,” Tammy Raccio, school board president, said at Tuesday’s city council meeting. “It’s about making sure families have reliable transportation. This is to ensure that students arrive at school on time.

When it came to scouting for a new transport provider, Dominic Barone, Business Manager of Wallingford Public Schools, contacted various suppliers. In the end, they found that Connecticut-based Specialty Transportation would be the best choice.

Under the new contract with Specialty Transportation, the district will benefit from home-to-school transportation for students and other means of transportation, such as when students go on field trips or sports teams need to travel for games. .

“We got great references from Avon and Guilford,” Raccio said. “Plus they do all the special transport for West Hartford and New Britain, so there are four other districts to some extent.”

Raccio said Durham School Services, an Illinois-based national carrier, is okay with terminating its contract and the next step to finalizing that is for attorneys from both parties to meet and negotiate a mutual separation. A message left with the local general manager of Durham School Services was not immediately returned on Thursday.

But over the next three years, Barrone said the change will result in an increase of $977,000, though it won’t impact the next budget.

“We’ve had a lot of late buses, really,” Barrone said. “It’s just a big impact for students, families and staff.”

Regarding the impact on staff, Raccio said teachers sometimes had to stay after school ended to watch children while they waited for their bus to pick them up to take them home.

“If three, four, five buses for each elementary school are late, what do you do with those students?” Raccio said. “… The teachers were wonderful. They knew it was not a problem with the administration. It was a bus problem.

School districts and bus companies across the country have faced labor shortages. The driver shortage isn’t new, but a labor shortage in many industries and the lingering effects of the pandemic have made it worse, The Associated Press reported at the start of the school year.

Since the school system received the bid exemption, the next step is for Specialty Transportation to procure vehicles for the district for the upcoming school year. Raccio hopes that with this change, the district will now have reliable transportation.

“We want families and students to be able to rely on transportation,” Raccio said. “The pick-up times, the return times.”

Journalist Jessica Simms can be reached at [email protected]