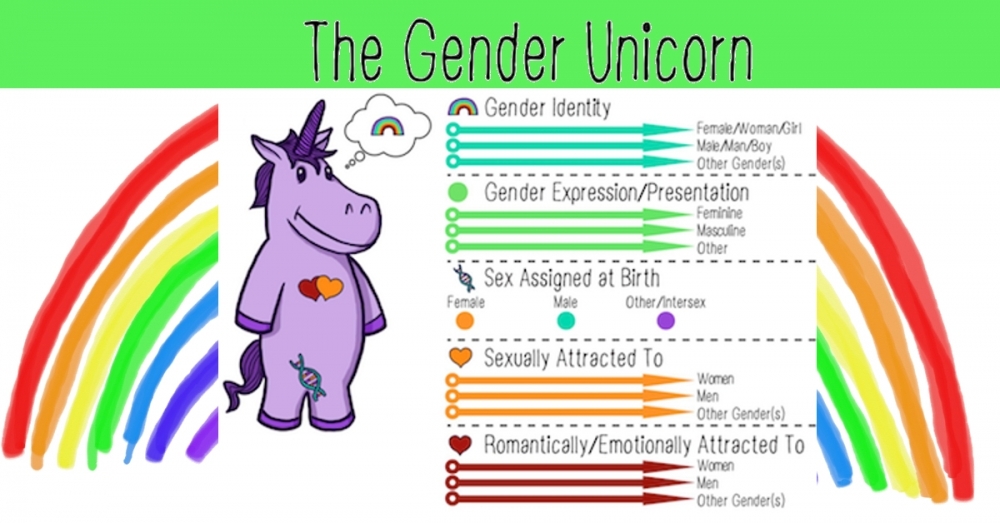 Christian groups are urging parents to withdraw their children from a group of private schools after video footage revealed an effort to teach kindergarten students about LGBT ideology.

Breitbart News obtained video footage of a National Association of Independent Schools (NAIS) workshop in 2020. NAIS describes itself as a “not-for-profit association that provides services to more than 1,900 schools and associations of schools in the United States and abroad, including more than 1,600 independent private K-12 schools in the United States »

At the training session, which took place in Philadelphia, Pennsylvania, speakers explained how to “prepare your PK-8 students for their world” through “the lens of gender, identity and sexuality”.

NAIS praised the workshop for enabling Belmont Day School, a private school in Belmont, Massachusetts, to share its “comprehensive, dynamic, and responsive health and wellness program with a PK-8 component on gender, identity and sexuality appropriate for development”.

A speaker who presented at the workshop explained how “with younger children starting kindergarten, we talk about their bodies, the parts they were born with, penises and vaginas and whether that makes someone a boy or a girl. The speaker explained that students as young as kindergarten are asked, “What do they feel inside? Do they feel boy or girl? What does their head say? Do (sic) their head, heart and body match? »

As the woman spoke, an image of the “Every” body tool appeared on the screen. The image on the left side of the screen featured a human body with icons representing the brain, heart, and DNA. A key on the side of the screen featured the phrase “gender identity” next to the brain icon, the phrase “sexual orientation” next to the heart icon, and the word “sex” next to the DNA icon. A star appears in the middle of the chart to represent “gender expression,” which is assumed to be the sum of an individual’s gender identity, sexual orientation, and sex.

In a statement to the Christian Post, Meg Kilgannon, senior researcher for education studies at the Family Research Council, explained that because “parents with children in private schools do not enjoy basic civil rights protections that are granted in public institutions”, “their recourse is to withdraw their child from school since groups like NAIS train teachers and the administration of private schools to promote LGBT material even to very young pupils.

“Parents of children in private schools often have a false sense of security about their children’s intellectual safety from the sexualized material we see promoted in public schools,” she added. “Whether they teach in public or private schools, teachers and administrators are produced by the same university system that is obsessed with queer theory and critical race theory. The post office-Oberefell The world is difficult for parents seeking to shield their children from sexualized content or instill a worldview based on traditional sexual ethics.

The 2015 Supreme Court decision Oberfell v. Hodges legalized same-sex marriage nationwide. Critics of the decision expressed concern that it would have negative implications for religious freedom and lead to schools promoting same-sex relationships as beneficial for children as the nuclear family.

“LGBT interest groups and advocates have significant influence in public educational institutions,” Kilgannon told CP. “Private institutions are the next step, as some have not been early adopters of sexualized identity trends in education. Grading and HRC scores for business can easily be applied to private schools.

Kilgannon warned that “LGBT activists and defenders are ready to name and blame any organization that does not accept their demands for affirmation and applause, including private schools and organizations that are part of the private educational infrastructure, such as the NAIS”.

In a statement to the Christian Post, Jeff Johnston, a culture and policy analyst for the conservative Christian advocacy group Focus on the Family, proclaimed that it’s “important for parents to know that this false ‘gender ideology’ is promoted in public and private schools across the country – for children in kindergarten through twelfth grade.

“The ‘Queer Inclusive Curriculum’ sexualizes and confuses children, from an early age, and is totally inappropriate for the classroom. This ideology teaches that gender is fluid, that people can switch between genders, and that your bodily sex can somehow be different from your so-called “gender.” We encourage parents to lay a solid foundation, even with very young children, of how God designed individuals to be male or female, in his image. Both are good, both are valuable, but they are different from each other.

Video footage from the NAIS conference reveals that the effort to expose young children to LGBT ideology continues throughout the elementary school years. Suggested reading material for first graders includes the book, What makes a babycharacterized by Amazon as a “21st-century children’s picture book about conception, gestation, and birth.”

Amazon’s summary of the book notes that the work “reflects the reality of our modern age by including all kinds of children, adults, and families, regardless of the number of people involved, their orientation, gender, and other identity, or family composition.”

The summary also states that “the story does not define the gender of people or body parts, so most parents and families will find that it allows them the opportunity to educate their child without having to erase their own experience”.

Who are you? The children’s guide to gender identity is listed as recommended reading for second graders. Sophomores learn about gender identity “in terms of how your head, heart, and body parts match” and are asked, “Does this work for you?” and “What if not?”

“Children draw wonderful self-portraits…dealing with all aspects of their identity, including specifically their gender identity,” the speaker explained. As part of this program, fifth graders are reintroduced to the “Every” Body tool and told that “hormones and chromosomes” are “something you can only change with a lot of effort. “.

The speaker suggested that fifth graders be told that “gender expression” is “something you can change from day to day”.

Describing the fifth year as “our big year”, the speaker discussed the “Gender Unicorn”, where students are asked to tick off their “gender identity” such as “female/female/girl”, “male/male /boy” or “other genders. In addition, students have the option of checking off their gender expression as “female”, “male” or “other”, their sex assigned at birth as “female”, “male” or “other/intersex” and indicate whether they were physically or emotionally attracted to “women”, “men” or “other sex(s)”.

A Google Drive account containing “workshop resources” lists “everything related to Planned Parenthood, but especially their lecture series on sex ed” as one of many “recommended resources” for NAIS schools seeking to implement a similar program. Other recommended resources include the Gay, Lesbian, Straight Educators Network, an LGBT advocacy group.

Five pages of recommended reading for students and parents included books promoting transgender, such as Jacob’s new dress and My little princess boy, and books that promote gay relationships with titles like The story of two dads and A story of two mothers. The list also included a book titled Who are you ? : A child’s guide to gender identity.

Another document outlines scenarios for teachers to respond to, including one where “a kindergarten student wants to wear a princess costume in the Halloween parade” but “her parents have contacted the homeroom teachers that they don’t want to in any way. case that their son is wearing a princess costume.

In another scenario, a student comes to the teacher saying his parents refuse to let him participate in a gay pride parade the school is running and uses “homophobic and transphobic language while perpetuating LGBTQ+ stereotypes.”

In each scenario, teachers are encouraged to consider guiding questions asking, “Who does this impact? “Who are we to answer to?” “How does the approach change for the different constituents?” “What would I like to do versus what I would probably do?” “Can you use this framework with other scenarios in your school” and “How do you move or encourage others to move from accomplice to ally?” »

Breitbart’s reporting on the NAIS workshop comes as many American families are increasingly turning to private schools and other alternative methods of education due to their dissatisfaction with the sex-based curriculum their children are receiving. are exhibited in public schools. The inclusion of books Gender Queer and lawn boywhich critics equate to child pornography and the promotion of pedophilia, in school libraries are of particular concern.

Illinois’ recently enacted sex education guidelines teaching children in grades as low as kindergarten about gender identity have also drawn parental protests. Outrage over public schools’ embrace of critical race theory, “woke” ideology, and sexually explicit curricula has led to the rise of advocacy organizations such as Parents Defending Education and the PAC 1776 project, which works to elect school board candidates opposed to such an ideology. .

Breitbart attributed the video footage and screenshots included in his reporting to advice from ‘Undercover Mother,’ a group that describes itself as a ‘Mom Collective with children in independent schools’ seeking to protect their children from ‘abuse inflicted by schools and cartels of the Regional and National Association of Independent Schools.

Ryan Foley is a reporter for The Christian Post. He can be contacted at: [email protected]