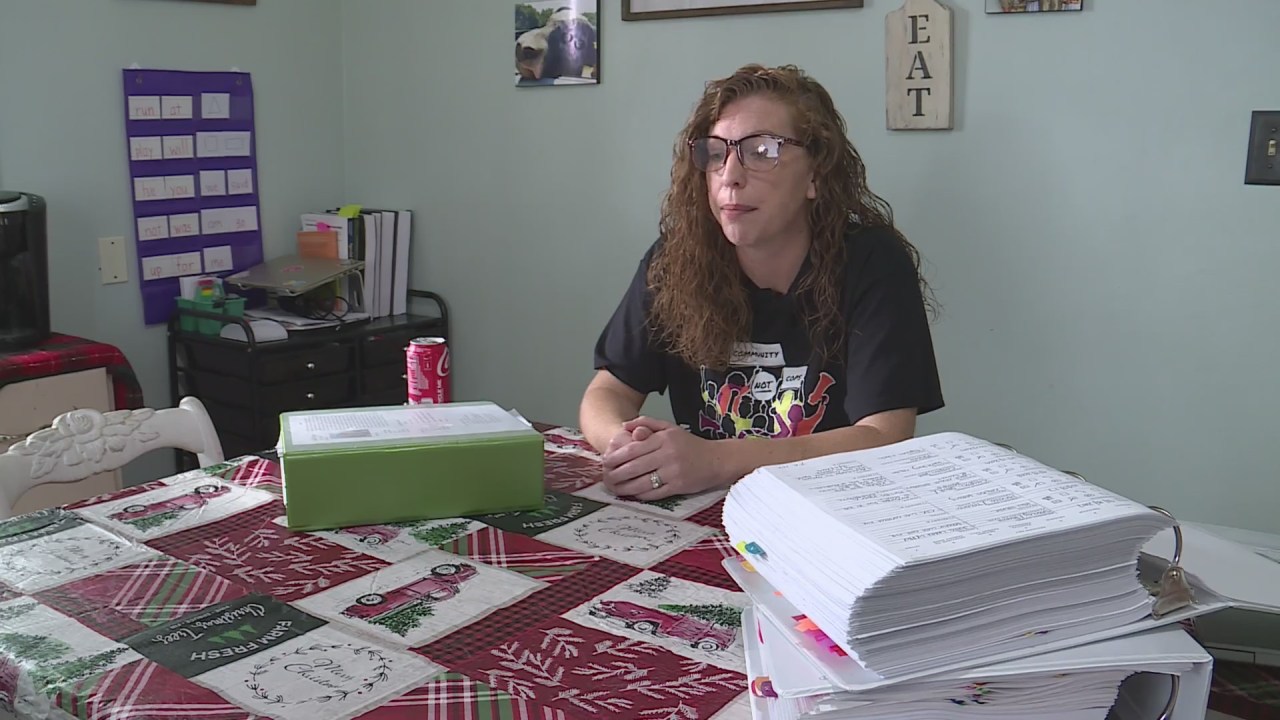 CHESAPEAKE, Virginia (WAVY) – Angela Turpin lifts several three-ring binders, each about three inches thick, onto her dining table. They are filled with emails and documents pertaining to her 11-year-old daughter Julia. She and Turpin’s other two children all suffer from some form of dyslexia.

In addition to Julia’s dyslexia, Turpin says she has a specific learning disability in reading, writing, and math.

But Turpin says CPS won’t even recognize her daughter’s dyslexia.

â€œThey don’t recognize it at all, and they won’t even say the word,â€ she said.

Turpin is more than a caring mother of children with special needs. She trained as a full-time personal assistant in special education – a job she held until recently in the Chesapeake system.

Turpin says Chesapeake uses the Fountains & Pinnell reading programs for students with dyslexia, which she says are not science-based. Based on her own experience and research, she recommended that CPS use the Orton Gillingham Where Wilson programs.

â€œThey fail our children enormously,â€ Turpin said. “There are so many children who are not identified.”

â€œMy son is severely autistic, non-verbal. He needs a special assistant at all times, he is running away and he has no sense of danger, â€he said.

Remigio and his family moved here over the summer from Texas after landing a job at Smithfield Foods. All was well at Deep Creek Central Elementary, until he and his wife saw the set for 11-year-old Daniel.

â€œShe wanted to cry. She told me ‘this is not a place for my son and we will not put him here’, â€he said.

“He has to be in a secure area where he doesn’t run away because at the first opportunity he will.” This is what we have tried to explain to the public schools in Chesapeake, â€he said.

Without a barrier between the classroom and Shipyard Road – and a nearby retention basin – Remigio says their son would have been in grave danger.

“If he’s not run over by a car because he doesn’t feel like he’s in danger, he can end up in the retention basin just across the street,” Remigio said.

They never enrolled Daniel in school. Instead, his mother homeschooled him for the entire semester. Next week, the Remigios return to Texas.

Turpin is appealing her daughter’s due process complaint she filed with the Virginia Department of Education in Richmond.

Download the WAVY News app to stay up to date with the latest news, weather and sports from WAVY-TV 10. Available at Apple and Google Play stores.