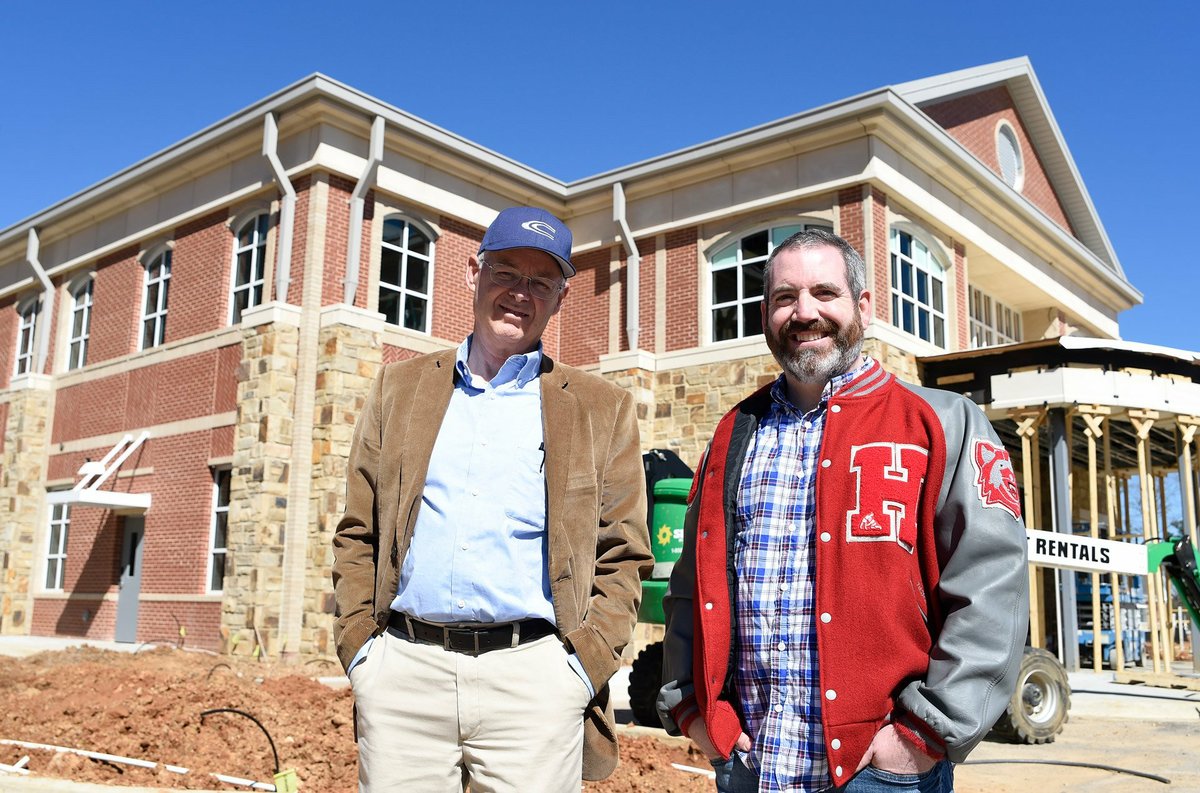 Three decades ago, more words were printed in newspapers about overcrowding in Trussville schools than are written today on Facebook about trains blocking Trussville’s crossings.

Obviously, this was big news. That’s what happened.

In early 1992, a group of parents from the Clay and Chalkville areas formed Save Our Schools, an opposition group to the town of Trussville forming its own school system. According to figures from the Jefferson County Board of Education, 62% of students attending Trussville’s four schools lived outside of town. An Alabama State Department of Education report in March 1992 indicated that Trussville could financially support its own school system, with an annual operating budget of about $13 million if appropriate taxes were raised. This budget amount assumed that Trussville residents approved a 15-mile property tax increase that was expected to generate $450,000 per year. Under this plan, non-resident students could stay in Trussville schools.

Hal Riddle, who later coached football in Clay-Chalkville and Hewitt-Trussville, was living in Chalkville at the time.

“Clay and Chalkville were little little towns that had been around for a long time,” Riddle said. “They were neighbors and cared about each other and wanted to help each other.”

On April 28, 1992, the Trussville City Council tapped a five-member school panel to serve as the city’s first school board, its first task in negotiating with the Jefferson County school system for a solution to overcrowding. The five appointed to the school board were former Trussville Councilman Dennis Hill, Donna Cornelius, Terry Fleck, Don Haisten and Cecil Medders.

On September 29, 1992, an eight-mile property tax hike was approved across the county, a move that was expected to generate $9.6 million annually. Hill recommended that the Trussville City Council abolish the newly formed school board, but Mayor Charles Grover and Councilman Gerald Glenn said they did not support the immediate abolition of the board. Grover said he would recommend that the council sit idle while a lawsuit regarding the eight-mile property tax increase is resolved. After about a year of planning and discussion, Trussville did not form its own school system and remained as part of the Jefferson County school system.

The mileage increase that had been approved, however, remained and helped alleviate overcrowding in Trussville schools. Jefferson County Schools Superintendent Bruce Wright announced in April 1993 that the county would build a high school instead of an elementary school in the Hewitt-Clay-Chalkville area. Wright’s plan called for the construction of the high school and a middle school in the Clay-Chalkville area to serve students who would otherwise have been routed to schools in Trussville. The plan called for reducing enrollment at Hewitt-Trussville High School from 1,234 students to about 1,029 students. The new Clay Middle School would be fed by Chalkville Elementary School and Clay Elementary School. The new middle school would reduce the number of students attending Hewitt-Trussville Middle School from 1,107 students to 834 students.

Jack Wood, Hewitt-Trussville’s football coach at the time, was against the plan. After all, the more kids available at a school, the better the team.

“It would have been hard for me to mess this up,” Wood said with a laugh. “Part of any program is numbers. It is definitely a key. It would be by far the largest school in the state. I was a hell of a better football manager before we split.

Riddle said that if Clay-Chalkville High School had never been created, the people there would miss their own local high school and college. “The people of Clay and Chalkville now have a high school in their neighborhood and they are very proud of their school,” he said.

Wood understands it was the right decision.

“I think Trussville and Clay’s success in track and field has given more kids more opportunities to play, and that’s a good thing,” he said.

Matt Wiram attended Trussville Schools until 1996 and elected to transfer to Clay-Chalkville for his final two years of high school. He was excited for the split.

“It was a tough decision, but I thought it would be nice to be part of something brand new,” Wiram said. “It was hard to leave friends I grew up with to go to the new school. However, many of my best friends had all agreed to go. I was excited to suggest names for the new school and vote for mascots. Everything we did was the first time in school.

In early 1996, Hewitt-Trussville High School was expected to lose approximately 200 of its 1,480 students to Clay-Chalkville High School. It was expected that over the next few years about 400 total students would move from Hewitt-Trussville to Clay-Chalkville. This leeway, it was predicted, would allow HTHS to welcome ninth-graders again. Despite the wiggle room, Trussville maintained its elementary, middle, middle, and high schools.

Sarah O’Kelley attended elementary school in Chalkville and graduated in 1996 from HTHS. She knew younger classmates who chose, when offered the choice, to attend Clay’s new high school.

“I remember being impressed by the bravery of those who chose to go to CCHS,” O’Kelley said. “At the time CCHS was built it was very impressive and I’m sure it was a very attractive new school. I was a color guard in 10th grade, then a high-stepper in 11th and 12th and was asked, along with a friend, to help train the new CCHS color guard over the summer after getting my degree. I think I did that for two years. It was a great way to be connected to the excitement of the new school.

Wiram has a Letterman Hewitt-Trussville jacket and a Clay-Chalkville class ring, a duality that most people in these communities cannot imagine today.

“Sometimes it’s hard to remember that I graduated from Cougar,” he said. “I was a Husky for a long time and I have many memories from both schools.”

Riddle has perhaps one of the best prospects on the split, considering he graduated from HTHS, lived in Chalkville when Trussville operated his home school board, coached Clay-Chalkville from 1999 to 2001 and coached at HTHS from 2002-13.

“I don’t know or remember all the details about the [property tax] increase, but here’s what I know,” Riddle said. “CCHS and HTHS are two premier high schools in the state of Alabama. They both had great athletic and academic success, and due to the split, there are now two groups of teams competing against each other. Both schools have a full complement of sports teams, they have varsity teams, they have bands, they have choir and drama programs, [and more]. This gives twice as many young people the opportunity to get involved and be part of a team where they learn and experience life that will hopefully help them succeed as adults. I think the split was a good thing.