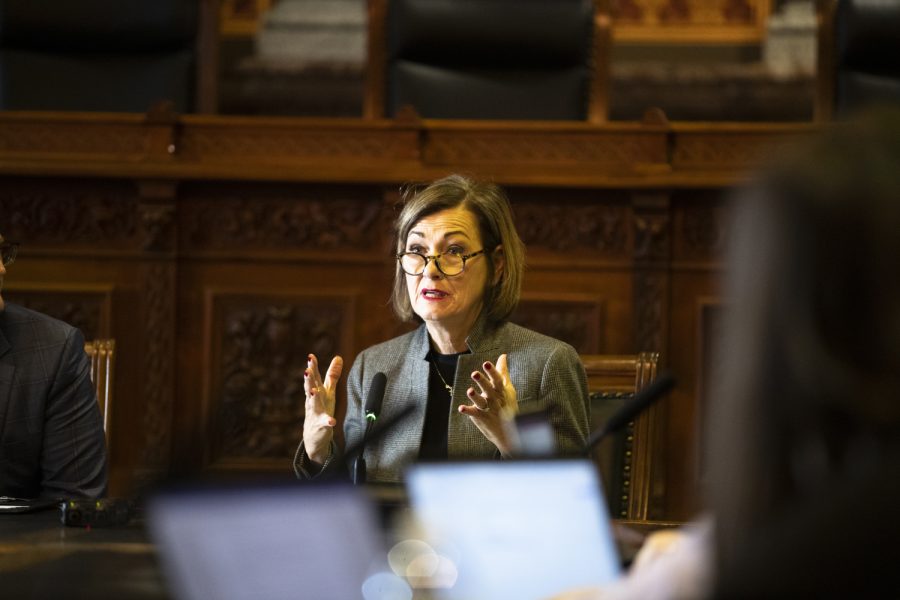 DES MOINES — Republican leaders in Iowa called for more transparency around educational materials and more parental involvement in education at press conferences ahead of the 2022 legislative session.

Senate Education Committee Chair Sen. Amy Sinclair, R-Allerton, said Tuesday her highest priority for the new session is to work on a Parents’ Bill of Rights to engage parents in the education of their children.

Sinclair said public school libraries are meant to supplement and support instructional materials and can be considered part of the state curriculum.

“What concerns me with public school libraries is that we have age-appropriate content that is available to students,” she said.

In November, Senate Speaker Jake Chapman, R-Adel, said in a Facebook post that teachers at the Johnston Community School District were distributing material he deemed obscene and said he was working to make it a criminal offense under Iowa Code 728.

Chapman’s comments were in response to a school board meeting on whether to remove the books “The Hate U Give” and “The Absolutely True Diary of a Part-Time Indian” in classrooms. The committee unanimously decided to keep the books. Both novels have a young person of color as the protagonist and address race in the story.

“Threatening to put them in jail for example, charging them with crimes for books and also talking about taking books away,” Konfrst said. “Remember that when you remove a book for one child from the library, you are removing it for every child in the library and making decision material available to every child attending that school.”

Governor Kim Reynolds said there should be a process in place for parents to receive answers if they have any concerns about the material. She suggested that parents should have access to information that schools provide to the Ministry of Education.

“It’s not an additional burden that we’ll be asking them to take on, it’s information that’s already been provided,” Reynolds said. “We just need to make it accessible to parents so they can even get a better idea of ​​what’s available for their kids.”

Reynolds did not cite specific topics or material that should be removed from libraries, but said “what some parents have brought to me is concerning.”

Reynolds said lawmakers have and will continue to care about parents on this issue, but said parents will drive the change, not lawmakers.

“They’re paying attention, they’re engaging, they show up to their school boards, they talk to the kids and that’s where it should come from,” Reynolds said. “It should be a grassroots effort.”

“I think that’s a dynamic that you’re going to continue to see play out with parents as they continue to pay attention to what’s going on in our schools — good and bad — and they’ll respond accordingly,” Reynolds said. .