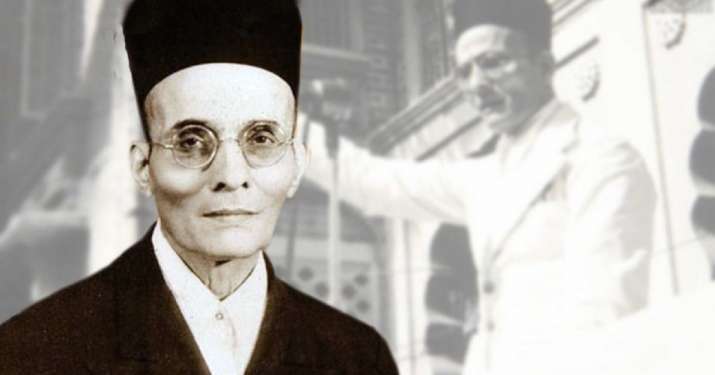 Karnataka News: Another incident in Karnataka highlighted Vinayak activist Damodar Savarkar, as the Class Eight Kannada textbook inserted a section on the leader. After that, controversy erupted in the state over accusations of “rewriting history” by the BJP-led government. The textbook review committee is said to have inserted the section in the revised syllabus which reads: “Mr. Vinayak Savarkar used to sit on the wings of a bird and fly away to visit the homeland during that he was imprisoned in the Andaman prison”.

A passage from the manual also states: “There was not even a keyhole in the cell where Savarkar was incarcerated. But Bulbul birds used to visit the room and Savarkar used to sit on their wings and soar and visit the homeland every day.”

Vinayak Damodar Savarkar also known as ‘Veer Savarkar’ by his followers was an Indian freedom fighter who was held under harsh conditions in the cell jail of Andaman and Nicobar prisons during the former colonial rule. The BJP and Congress are often at odds over Savarkar’s role in the freedom movement.

Earlier on August 15, a clash erupted in the neighborhood as some members of the Muslim community attempted to replace posters of Veer Savarkar with those of Tipu Sultan. Savarkar’s posters were put up by members of a Hindu organization. Section 144 was imposed in the area for 2 days.

“Friends of BJP are unnecessarily encouraging the issue of Veer Savarkar to spoil the atmosphere of the state. Friends of Congress are pouring gasoline on the issue to inflame it further,” Kumaraswamy said.

The remarks came amid a row over comments by the opposition leader in the state assembly and comments by the congress leader over the ongoing Savarkar poster row in Shivamogga, which has seen clashes on Independence Day on August 15. Karnataka Police on August 15 imposed Section 144 in parts of Shivamogga district after a clash over Savarkar and Tipu Sultan banners on Independence Day.