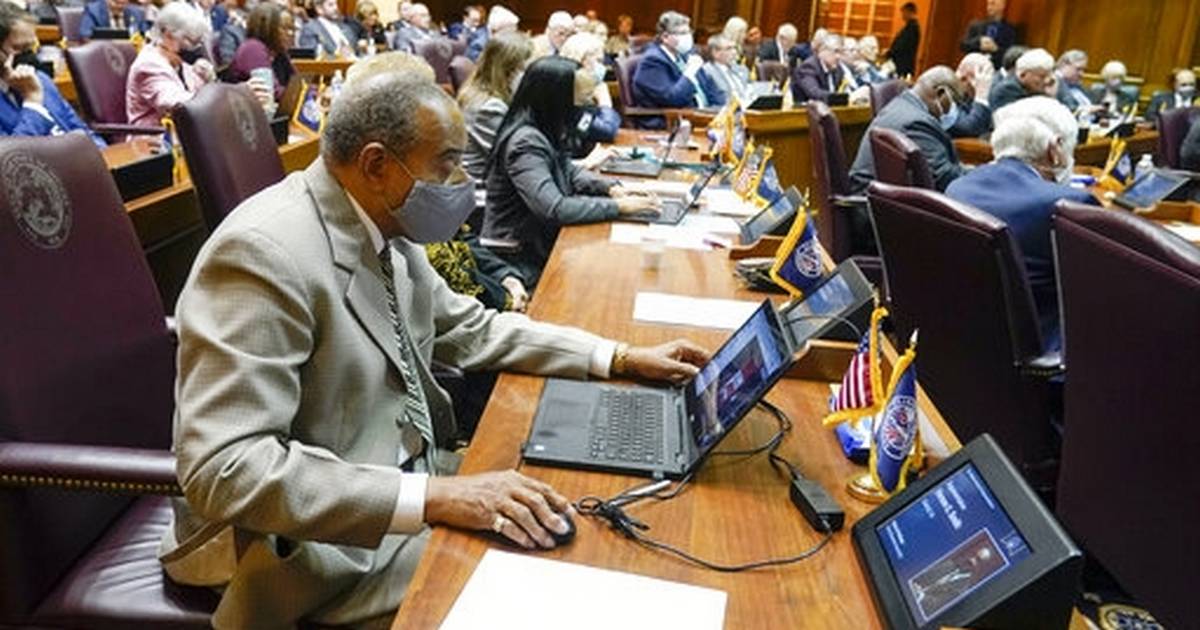 INDIANAPOLIS — A controversial Indiana bill that Republican lawmakers say would increase transparency around school curricula drew opposition from dozens of teachers who testified at the Statehouse on Monday that the legislation would censor teaching in classroom and impose unnecessary additional workloads on educators.

The bill is one of several bills from the Indiana Legislature that seek to require all school curriculum to be reviewed by parent review committees and posted publicly online, in addition to prohibit the ability of schools to implement concepts such as critical race theory.

Critical Race Theory is a way of thinking about American history that focuses on the idea that racism is systemic in the nation’s institutions and that they function to maintain white dominance in society. .

Scott Miller, Superintendent of Hammond School Town, stressed the need to address “sensitive topics” in the classroom to help young people learn to assess truth. Attempts to prevent students from learning about dissenting ideologies, he continued, “will only lead our young people directly to those ideologies.”

Miller said he believed the legislation stemmed from “a fear that diverse perspectives on the founding of our country would diminish the strength and patriotism of our young people.”

“Addressing this fear by trying to chill classroom discussions and silence certain worldviews will only further divide our children,” he said.

Paul Farmer, a teacher at the Monroe County Community School Corporation, noted that the bill’s wording requiring educators to separately post all classroom syllabi online for parents — including lesson plans, worksheets, presentations and other materials – would be an additional workload for already stressed teachers. .

“Is this really going to decrease the number of teachers going into education?” The answer is yes, it will, because it will scare them … because you can’t do everything,” Farmer said.

Laura Falk, an educator and diversity initiatives specialist at the West Lafayette Community School Corporation, said she questions the intentions of the bill amid recent national discussions about “white fragility” and focuses on policies systemic racists that have been so deeply embedded in the fabric of our nation. ‘

“When I look through my lens as a black woman, I find a lot of these things interesting because I’ve experienced decades of discrimination and learned through my experience that there are certain groups that are still discriminated against today…”, says Falk. “Our students deserve an honest and accurate education that allows them to learn from our past mistakes to help create a better possible future.” Instead of focusing on any distress students might be feeling.

Rep. Tony Cook, a former teacher and school principal who drafted the House bill heard Monday, echoed his fellow Republican lawmakers, saying the legislation is only meant to ensure educators “remain impartial in the curriculum” and “ensure that students are free to express their own beliefs and views regarding school materials and educational activities without discrimination”.

He also noted that at least two upcoming amendments to the bill are expected to be discussed in the Education Committee on Wednesday, the same day lawmakers are expected to hear additional testimony and vote on moving the bill forward before the House. whole House.

Baldwin’s exchange with a teacher during testimony on that bill drew criticism after he said teachers should be “impartial” when discussing Nazism and other political ideologies, although he has since reconsidered these declarations.

The bill is to be voted on Wednesday by the Senate Education Committee.

A similar bill in the House, drafted by Republican Rep. J.D. Prescott of Union City, would further require students to learn that concepts such as “socialism, Marxism, communism, totalitarianism, or similar political systems are “inconsistent with the concepts of freedom on which the United States was founded,” grades 6 through 12.

His proposal — which has yet to undergo a hearing by the House Education Committee — would also allow parents to deny their students face masks or vaccine requirements, and states that schools cannot require students or teachers to be vaccinated against COVID-19 or another communicable disease.

Another Republican-backed House bill that would add political party identifications to what are now Indiana’s nonpartisan school board elections is scheduled to be heard by the House Elections Committee on Tuesday.

Casey Smith is a member of the Associated Press/Report for America Statehouse News Initiative. Report for America is a nonprofit national service program that places reporters in local newsrooms to report on underreported issues.