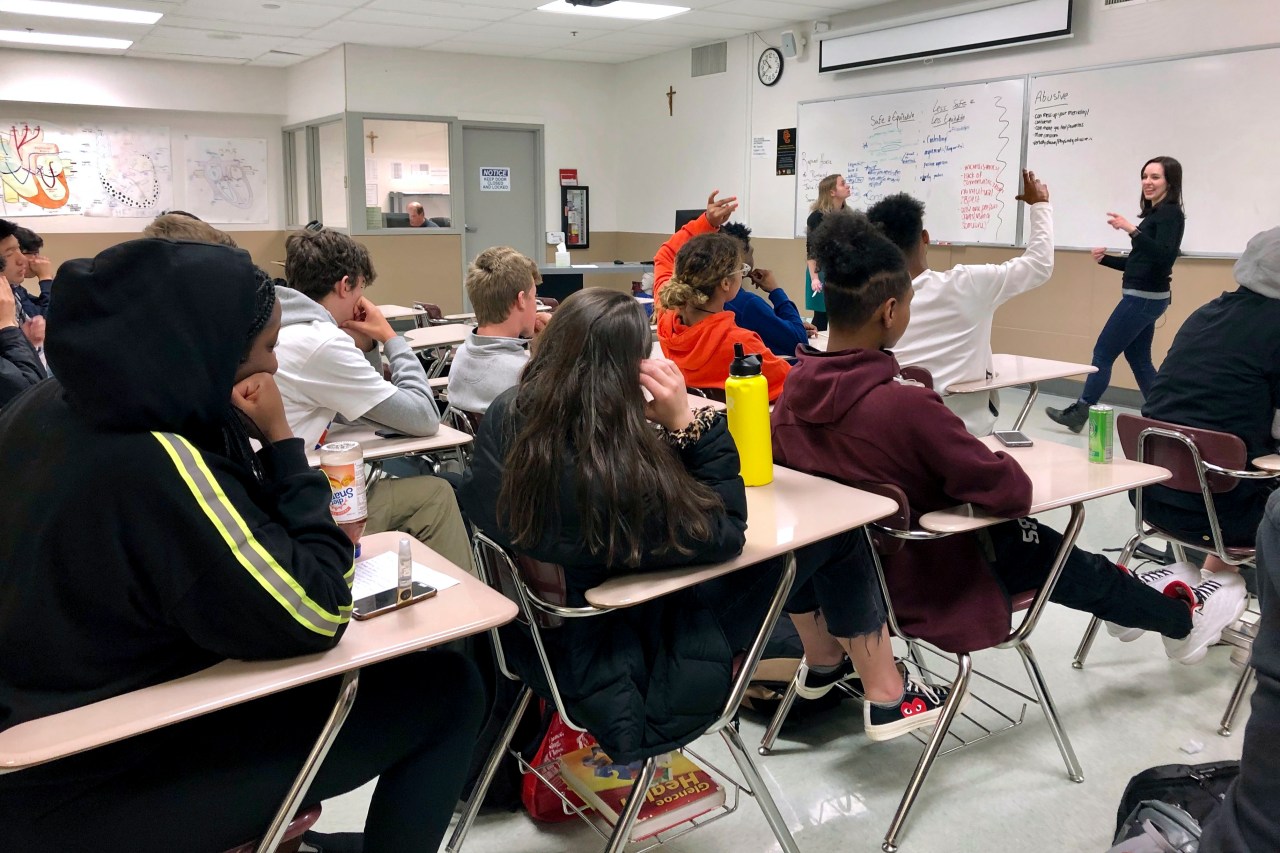 INDIANAPOLIS — Indiana lawmakers heard hours of testimony Wednesday about a bill that would regulate the school curriculum.

“This is a tumultuous and difficult subject and bill,” State Sen. Scott Baldwin (R-Noblesville) acknowledged at the start of Wednesday’s Senate Education Committee meeting.

Baldwin is one of the authors of Senate Bill 167, which would prohibit schools from teaching certain concepts, including “that any sex, race, ethnicity, religion, color, national origin or political affiliation is inherently superior or inferior to another sex, race, ethnic origin, religion, colour, national origin or political affiliation”.

It would also prohibit schools from teaching “that everyone should experience discomfort, guilt, anguish or any other form of psychological distress because of their sex, race, ethnic origin, religion, color, national origin or political affiliation”.

Democratic lawmakers and others have raised several concerns.

“If a teacher just brings up slavery and a student automatically feels like it’s triggered something that makes them uncomfortable and they don’t like it, what happens to that teacher? at this moment?” said State Sen. Eddie Melton (D-Gary).

“This bill is not intended to bring historical injustices to light,” Baldwin replied. “This bill is about letting our children be neutral and fend for themselves.”

The bill would also allow parents to remove their children from certain lessons, which some parents testified they are trying to do at the moment.

“I don’t want to be told he’s guilty of other people’s sins, and I don’t want him to feel he should be remorseful,” said Kara Cecil, a parent with children of the Center Grove School District.

The bill also requires school districts to form curriculum review committees that include parents and community members. Districts should also post classroom materials like lesson plans on their websites.

Robert Taylor of the Indiana Association of Public School Superintendents suggested changing the requirement to post a lesson plan to a schedule, with Taylor and others noting that lesson plans can change during the school day.

“When you go into the details of the lesson plan, then the activities, then the constant updating that would be required under this legislation, I think it becomes a tedious addition of work that we may not see advantage in terms of the transparency of this bill. seeks,” said Todd Bess, executive director of the Indiana Association of School Principals.

The bill would also allow parents and school staff members to sue school districts they believe are in violation of the law — a provision some organizations would like to see changed or removed.

“Teachers will simply avoid engaging their classrooms in important conversations that are entirely appropriate when it comes to race and discrimination,” said Justin Ohlemiller, executive director of Stand for Children Indiana. “And also think about the small schools, the small rural schools, the charter schools that don’t have the budget to defend against any frivolous lawsuits.”

Taylor recommended that the legislation limit legal actions to parents in the school district, preventing people from other communities from suing.

“I would ask the authors and the committee to consider being more definitive in this particular definition of who can provide or who can sue,” Taylor said.

The Senate Education Committee heard public testimony on Wednesday but has yet to vote on the bill.