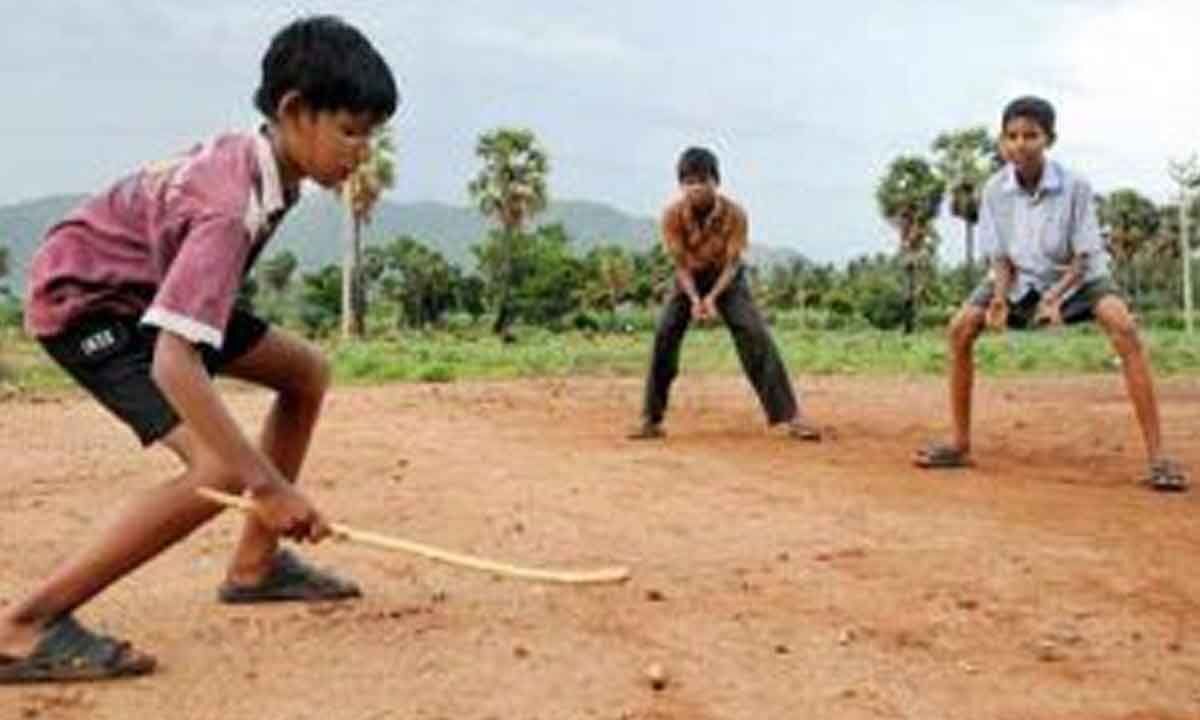 From school to higher education, an effort is made to synchronize the traditional and modern education system.

As part of this effort, so far, attempts are being made to promote regional languages, but now, going further, the Union Ministry of Education has decided to do ‘Kho Kho’, ‘ gilli danda’, ‘langdi’, ‘patang udaan’, ‘santhal katti’, among others, part of the school sports program. The goal of the Ministry of Education is to encourage these 75 games also in schools.

After two years of national education policy, the central government decided to encourage 75 sports. These Indian games also include ‘Atya Paatya’, ‘Kho Kho’, ‘Langdi’, ‘Hopskoch’ and ‘Vish Amrit’ among others. The Education department also focuses on the Ayurvedic and Metallurgical tradition. According to the ministry, the Indian artistic tradition has a unique ability to inspire knowledge and dedication which, by harnessing consciousness, awakens naturally available human emotions.

“It aims to consider educating children about the various art forms of India and helping them discover the rich cultural heritage of the country. “Indian sports will allow students to connect with the roots and culture Indian tradition and will help them develop their creativity and strength. while facing the challenges of modern times. By creating a sense of solidarity and collective effort, this work in the interest of the nation can shape the overall cognitive development of students.”

To link education with the Indian knowledge system, preparations are underway to recognize the Vedic Council by the Union Ministry of Education.

As part of the NEP, these professional courses will be launched. According to Lal Bahadur Shastri Rashtriya Sanskrit Vishwavidyalaya, at present, a professional course format has been prepared. In this context, in addition to Sanskrit, studies will be provided on yoga, music, AYUSH, among others. From July, a PG degree in naturopathy will be introduced, for which approval in principle has already been granted.

Kendriya Sanskrit Vishwavidyalaya will also link up with foreign universities, which will increase the possibility of starting more professional courses here.

To open the Lal Bahadur Shastri Rashtriya Sanskrit Vishwavidyalaya Ayurveda Faculty, the request for 200 acres of land in Delhi-NCR has also been submitted to the government. Here the combined degree of BAMS and Ayurvedacharya will be given. Income tax which is generally considered a complex subject will be made easy to understand with the help of simple Indian games.

Within this framework, a unique initiative is taken to promote tax literacy among students through various board games, puzzles and comics. This is an innovative approach to “learning through play” methods.

The snake and ladder game was chosen to facilitate learning and understanding of taxation. In this educational snake ladder game, good habits are rewarded with ladders and bad habits are punished by snakes. This new initiative for schoolchildren was taken by the Régie Centrale des Impôts Directs (CBDT).