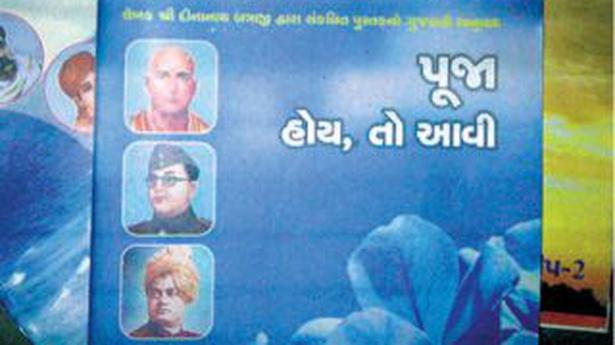 The books written by Dinanath Batra prescribed as compulsory reading in schools in Gujarat advocate a blatant form of racism.

Launching political correctness and sensitivity to the wind, the books written by Dinanath Batra prescribed as compulsory reading in schools in Gujarat advocate a blatant form of racism.

Mr. Batra’s writings for schools have been compiled in the series called Prernadeep. They carry a preface by Prime Minister Narendra Modi and Minister of National Education Bhupendrasingh Chudasama. In a story titled Brave Gurdev Singh, an African American is not only described by the racist term “nigger”, he is also dehumanized because he receives beatings and is tied up like a “buffalo”.

The lines are taken from the story of an Indian who tries to stop an African-American criminal from escaping from a plane.

â€œA young Indian came forward and gave the negro a powerful blowâ€¦ The pilot also came and the two beat the negro and tied him with a rope. The criminal fought like a tied buffalo.

The color of the skin is again brought out in a story about the complexion of Lord Krishna, who is glorified. In the story, a saint asks a student the reason for Krishna’s “blue” complexion. The student replies: â€œThe glory of Krishna is endless like the blue sky and the blue sea.

Short historical tales mingle with mythological tales that make no distinction between fact and fiction.