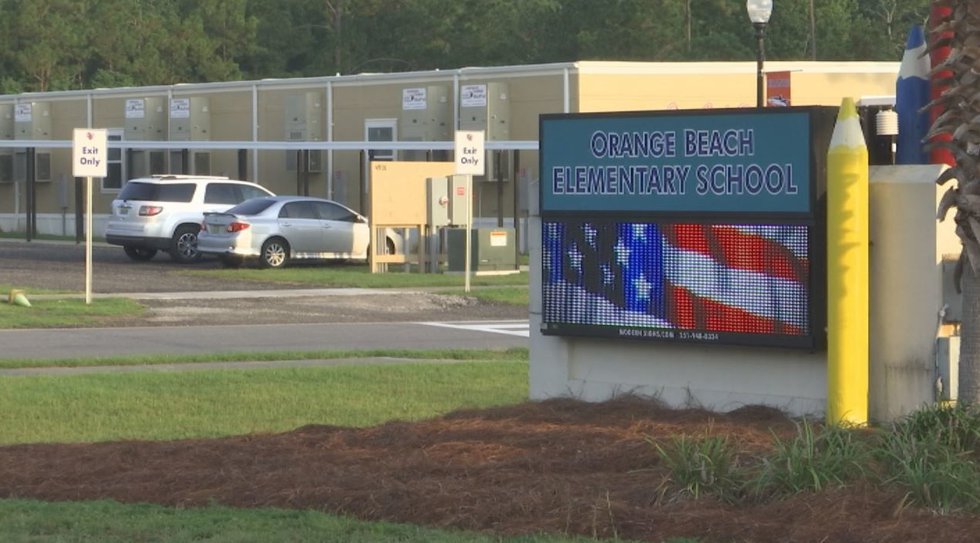 ORANGE BEACH, Ala. (WALA) — Forming a new school system, as city council voted on Tuesday night, will be costly — but perhaps less acrimonious than a similar split by Gulf Shores three years ago.

The city of Gulf Shores school system did not meet until a court battle to determine how much the Baldwin County school system would be compensated for the buildings. A 2019 law governing school divisions in Baldwin, however, removes much ambiguity. It demands a lump sum based on the depreciated value of the buildings.

This will mean a considerable sum for relatively new school buildings, such as Orange Beach Middle/High School, which opened in 2020.

A Baldwin County school system source told FOX10 News that the system is expected to receive approximately $30 million for the assets Orange Beach will take over. The source also said the Baldwin system is expected to come out on top in annual spending because the loss of expensive real estate in Orange Beach will result in increased state funding under Alabama’s complicated school funding formula.

The source said that assuming Orange Beach doesn’t dispute the value of the buildings, the process should be much smoother than the split with Gulf Shores: “It won’t be adversarial.”

State Sen. Chris Elliott (R-Daphne) sponsored the legislation to prevent a perverse incentive for school systems to take on heavy debt as they build new schools. Indeed, the compensation paid by the new municipal school systems often involved assuming the debt on the new buildings.

“The problem with that is that debt was the only thing protecting those assets under current law,” he said in 2019. “Now with the passage of this bill, there is a clear delineation of what depreciated value remains on these structures, and precisely what they must pay if they choose to exit the system.

Elliott’s original version of the bill would also have required a referendum in order to form a new school system. That would have meant the voters of Orange Beach — not just its city council — would have had to agree. But this part of the bill did not become law.