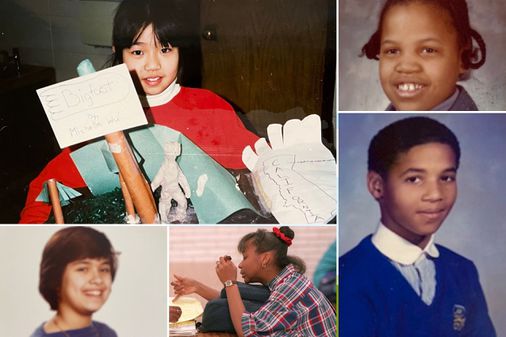 â€œYouâ€™ve got to have the political will to do what needs to be done in the district,â€ said Michael Contompasis, a former Boston superintendent and headmaster of Boston Latin School for 23 years. â€œYouâ€™ve got to build a constituency that recognizes that the status quo is no longer acceptable.â€

The five major hopefuls, in speeches and at mayoral forums, all argue that Bostonâ€™s school system needs fixing to better prepare students for success. All, except Acting Mayor Kim Janey, have released extensive education platforms on their campaign websites.

Yet the vision each brings to the issue is also deeply personal, shaped by their experience as parents trying to secure the best education for their own children, and their own education histories.

As a former school committee member who once headed a community rebuilding nonprofit, John Barros can relate to the challenges Boston parents face trying to get their children a seat in a good city school.

When he and his wife did not get a BPS spot for their first born at their top school choice, they enrolled him at St. John Paul II Catholic Academy. This fall, their four children will be attending the school, including their youngest, Olivia, who is 3.

The school is small, and itâ€™s easy for the Barroses to form close relationships within the school community. They love the quality of their childrenâ€™s education, and as a former youth minister, Barros is impressed with the schoolâ€™s faith-based mission.

â€œAs a Christian, it was easy to say â€˜OK, thatâ€™s an education we want them to have.â€™â€

â€œAs a Christian, it was easy to say â€˜OK, thatâ€™s an education we want them to have,â€™â€ said Barros, the cityâ€™s former chief of economic development.

As a child, Barros started at a city elementary school and ended up at a school in his familyâ€™s parish. He wanted to go to Boston Latin School, but did not get in, though his wife, Tchintcia, did. He graduated from Boston College High School.

Barros devoted an entire week recently to rolling out his education platform, an example, his supporters say, of how he stands out on the issue of education. He pointed to the schools he helped conceive and open throughout his career as a community builder, such as Orchard Gardens K-8 Pilot School and the Dearborn STEM Academy.

He is the only candidate urging that Madison Park Vocational Technical High School become an autonomous school with its own budget and board, which he argues will promote better investments and stable leadership, and lead to modernized offerings.

He would invest $4 billion in school facilities throughout the city, he said, starting with those in neighborhoods that have been neglected the longest. He would work to improve the student weighted formula â€” which ties funding and services directly to individual students and provides extra resources for students who are low-income or English learners, or have special needs.

City Councilor Andrea Campbell recalled being devastated when she learned that her eldest son, Alexander, would not get a spot in Bostonâ€™s prekindergarten program for 3-year-olds.

When she was pregnant with Alexander, some education advocates warned her that as residents of Mattapan, her children wouldnâ€™t have access to as many high-quality schools as students in other neighborhoods. They urged her to sign them up for Metco, the desegregation program.

Campbell didnâ€™t take their advice. She wanted her two sons â€” one 4, the other 21 months â€” to attend schools in the same district she did. But there were also practical considerations. Her parents live across the street and wouldnâ€™t be able to help her as easily if her child attended school in Lexington or Sudbury.

â€œNo child is successful if they do not have access to a high quality or early child care experience. . . . Boston could create that.â€

Though Campbellâ€˜s son now has a pre-k spot at the Kenny Elementary School in Dorchester, the process wasnâ€™t easy; there simply arenâ€™t enough seats, and for older children, not enough high-quality schools.

Campbell said she jumped into the mayoral race partly out of frustration with the stalled process to provide universal preschool. â€œNo child is successful if they do not have access to a high quality or early child care experience. . . . Boston could create that.â€

To help families recover from disrupted schooling during the pandemic, Campbell has proposed putting some of the $400 million in federal relief money directly in parentsâ€™ hands. Under her plan, parents and caregivers would control $3,000 per child and could decide whether to spend it on tutoring, counseling, or summer camp.

When their children were old enough to enter school, City Councilor Annissa Essaibi George and her husband did what many working parents do â€” opt for convenience.

Their oldest son did not get into a BPS full-day kindergarten program, so they enrolled him at nearby St. John Paul II Catholic Academy â€” which was called St. Margaret School when Essaibi George attended it â€” because it offered after-school care.

The couple has four sons, all teenagers. When their boys were younger, the couple had their sights set on getting the boys into an exam school.

â€œIt was part of our experiences growing up. And we wanted to offer that opportunity for sure to the kids,â€ said Essaibi George, who attended Boston Technical High School before it became John D. Oâ€™Bryant School of Math and Science. (Her husband went to Boston Latin School.)

â€œNo matter how much I as a parent . . . begged and pleaded with the kid to get more engaged in a particular [class], there were parts that were near impossible.â€

A former high school teacher, Essaibi George has been generally satisfied with her childrenâ€™s schooling, but the pandemic caused her children to struggle in ways they hadnâ€™t before. All four felt isolated and frustrated, and one son stopped participating in some classes â€œalmost 100 percent.â€

â€œNo matter how much I as a parent . . . begged and pleaded with the kid to get more engaged in a particular [class], there were parts that were near impossible,â€ she said.

The same boy has a learning disability, and Essaibi George had a particularly hard time helping him, as well as getting his school to accommodate some of his needs last year.

Janey, the cityâ€™s acting mayor, remembered the rocks that came crashing against the yellow school bus transporting her and other students to Edwards Middle School in Charlestown. But inside the school, she bonded with other children over hopscotch and became friends with an Irish American girl from Charlestown and other students.

Janey, who comes from a family of educators, began her schooling at a Roxbury community school started by residents who were dissatisfied with the Boston public school system. Then, her parents had to fight officials to keep her in the second grade at David Ellis Elementary School in Roxbury.

â€œThey wanted me to repeat first grade,â€ Janey recalled over an early lunch recently, â€œbecause they thought the school I was coming from wasnâ€™t good enough.â€

â€œThey wanted me to repeat first grade because they thought the school I was coming from wasnâ€™t good enough.â€

That was an early lesson on the role parents play in their childrenâ€™s education. Janey attended three different Boston elementary schools, a city middle school, and graduated from Reading High School as a student in Metco, a program that places Boston children of color in suburban schools.

At 16, she had her daughter, Kimesha, an only child, and was grateful the childâ€™s school was not far from her familyâ€™s home.

Kimesha, now an adult with three children, attended â€œa lot ofâ€ schools, including four high schools, East Boston High and Dorchester High among them, Janey said. She became an active parent at her daughterâ€™s schools, serving on school site councils and championing studentsâ€™ needs. By advocating for her daughter, she also spoke for other children â€” eventually building a career as an education advocate.

However, her campaign website is thin on details on her education priorities, providing just seven short bullet points of actions she has taken as acting mayor on the topic.

She contends that, as acting mayor, she is leading on this issue in real time. Janey said she is prioritizing getting students safely back in their classes and school buildings this fall.

If elected to a full term, she would expand early education and push to close the opportunity gap by creating more dual language opportunities, better support for special needs students and English learners, and more exposure to early college or college-level classes. She also wants stronger Madison Park partnerships with trade unions to help put students on a solid career path.

Getting her first-born into a quality city preschool was also an ordeal for City Councilor Michelle Wu. Her older son, Blaise, was waitlisted in 2019, unable to get into Sumner Elementary School in Roslindale or his other top school choices.

Wu and her husband signed him up at a parochial school. Two weeks into the new school year, Wu was notified that a seat at the Sumner had opened. But when she took him to the school, she was told he was not on the schoolâ€™s list at the time. She took Blaise to work and vented on Twitter.

The snafu was soon resolved. And now, both Blaise and his younger brother, Cass, will be attending the Sumner this fall.

â€œI cried,â€ said Wu, recalling receiving the e-mail that Cass got in. â€œIt had been such a stressful process with Blaise not making it into his school choices.â€

â€œEvery child in the city should have total confidence that they will get a great seat in Boston public schools.â€

The lack of predictability over childrenâ€™s schooling is â€œincredibly stressful,â€ with parents trying to figure out â€œthe right oddsâ€ for getting their children into the districtâ€™s better schools, she said.

â€œEvery child in the city should have total confidence that they will get a great seat in Boston public schools,â€ Wu said. â€œThere should be no question about whether it is logistically feasible for a familyâ€™s lifestyle and whether they will be able to enroll given the lottery.â€

Wu grew up in the Midwest and went to several schools, the result of her father moving the family as he got better job opportunities.

She was the kid with holes in her shoes in an affluent school who got to participate in good performing arts and science programs.

If elected, Wu would work to close the gap for early education and ensure that child care is accessible for everyone, including babies. She would adopt a childrenâ€™s cabinet approach that targets children early and focuses on the whole childhood education community. She would also pursue a major overhaul of the school buildings and make key investments in Madison Park to ensure it has steady leadership and broader vocational offerings â€” such as a child care track â€” for students and adults.