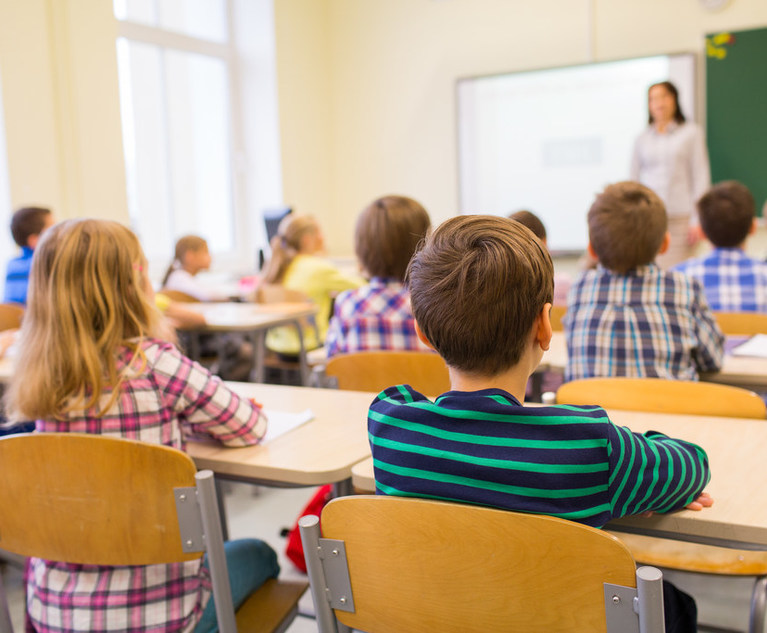 I cannot be the only one deeply disturbed by the content of New Jersey’s new curriculum requirements, as noted in former Bar President Thomas Pol’s essay, “‘God, Gays & Guns’ Are Back in New Jersey Gubernatorial Politics” (Law Journal, September 27, 2021). Make no mistake: the new curriculum requirements are a gateway to teaching controversial principles of critical race theory that many, if not most, parents would surely reject. And as innocuous as their slogan may seem (who could oppose the principle of “tolerance”, for example?), the purpose of these requirements is to indoctrinate students with a progressive ideology.

If you doubt that, look at the targets in Mr. Prol’s essay, which seem to include worshipers as well as those with guns. Disagree with us on how to teach “diversity” and “inclusion,” the message says, and you must be one of those armed Neanderthals, who hypocritically attend church on Sundays. Worse, you must be a Republican.

The purpose of education is to teach students How? ‘Or’ What to reflect, not to proselytize with them, especially on controversial social issues. What about schools – or politicians – what children or their parents think about “diversity” or “equity”, let alone how these concepts are defined by the latest movements of social justice? Children are already prohibited from bullying other students and otherwise acting in a biased or offensive manner. But the progressive organizations leading the passage of these laws want ideological conformity in thought – not just in deed – which is frightening. Children do not completely get rid of their constitutional rights at the school gate.

The Orwellian language used in these new laws – words like “equity” and “inclusion” – is particularly problematic and illiberal. If you don’t think this ostensibly neutral language won’t be used to force conformist thinking into schools about progressive movements and ideology, you haven’t been paying attention to what’s going on in colleges and universities these last time. Those who use words like “equity” and “diversity” to impose their desired political beliefs should ask themselves: what if the shoe was on the other foot? Would it be acceptable for conservatives to take power and say, for example, that under the notion of “fairness”, students must be taught that late-term abortion is morally wrong? That students should be told about the importance of the Second Amendment right to own a firearm? Of course not. Government indoctrination of students is wrong no matter which side does it.

Plus, to read these curriculum requirements, you’d think educators and students have tons of free time to spend teaching about the latest identity politics emanating from Trenton. Mr. Prol cites the most recent law passed to include a curriculum on the societal contributions of the LGBT community as well as people with disabilities, which is great. But that begs the question: where are the other bands? It turns out that there are also curriculum requirements for teaching about the contributions of African Americans (equally good and good). But what about Native Americans – or, for that matter, Latinos and Asians, for whom there is also a history of oppression? What about Jews, who are the most common victims of hate crimes? Don’t these groups have the power to lobby Trenton to adopt their own curriculum requirements? And once each of these groups is included in the curriculum, will there still be time to teach the actual subjects students will need to succeed – math, science and reading? While countries like China offer their students a rigorous education in science and engineering – the success of which requires critical thinking skills and creativity – children here are taught not to harbor blasphemous thoughts, lest someone somewhere be offended.

Here’s a thought: Instead of teaching students to focus on their differences, teach them that everyone is equal before the law. Educate them on the importance of the rule of law for a functioning democracy. Impose a liberal agenda in the classic sense, emphasizing the constitutional freedoms we enjoy in this country, the most important of which is freedom of speech. Forced teaching of certain political beliefs is illiberal and should be opposed by the legal community.

Randall J. Peach is a manager at Woolson Anderson Peach in Somerville. He is a litigator who practices primarily in the areas of labor law, divorce and family law, and general civil litigation in state and federal courts.