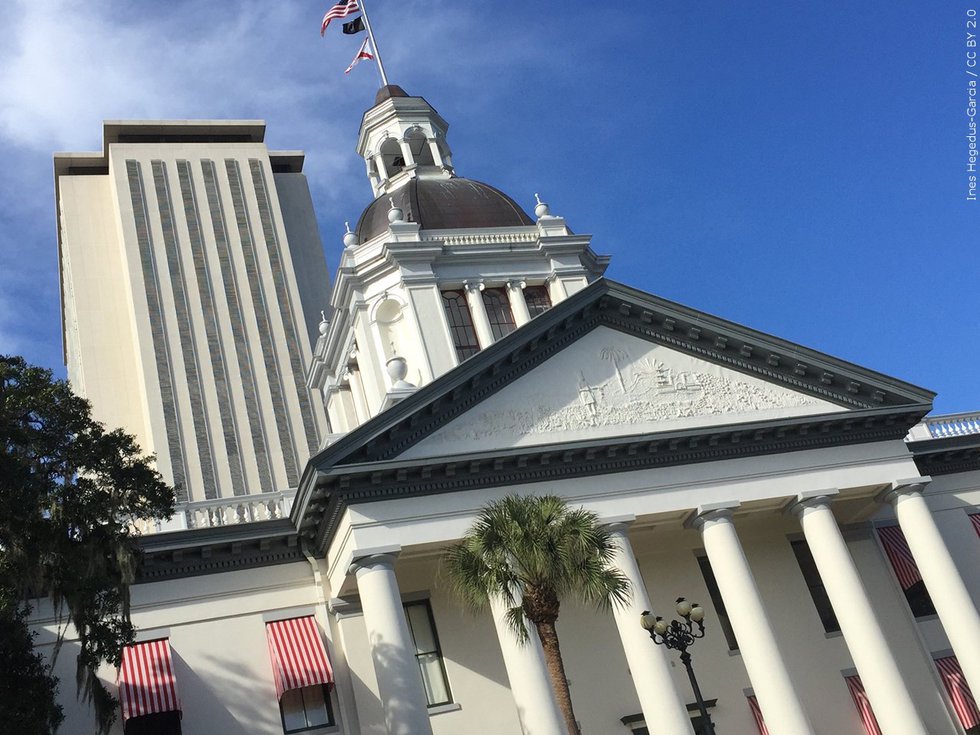 TALLAHASSEE — Calling it a move toward “curriculum transparency,” Gov. Ron DeSantis on Friday signed a bill that will step up scrutiny of school library books and educational materials and impose 12-year term limits on members of the school board.

Lawmakers approved the measure (HB 1467) during the legislative session that ended March 14.

Under the bill, school boards will be required to adopt procedures that, in part, provide for the “regular removal or discontinuation” of books from media centers based on factors such as alignment with standards state academics.

Elementary schools will be required to post online lists of all materials held in school libraries or on school reading lists.

DeSantis signed the bill at Embry-Riddle Aeronautical University in Daytona Beach, joined by Republican lawmakers and parents who described books they objected to in their children’s school libraries. Parents described books that included elements such as sexual content.

The governor, who has targeted what he calls “indoctrination” in schools, said parents have developed a heightened awareness of school instruction and materials during the COVID-19 pandemic, when many many students have been forced to temporarily learn online.

“Parents were more exposed to what was happening in some schools. So they became more interested in making sure that, first, their kids weren’t forced to do things like (wear) masks. And they go to school board meetings, which is obviously important. But also, parents want an education for their children. They’re not interested in indoctrination through the school system,” DeSantis said.

The bill would increase parent involvement in the process of selecting books and materials for classrooms. For example, meetings held to “rank, eliminate or select” instructional materials to be recommended to school boards should include the parents of students in the district.

When books are removed from schools “following an objection,” the state Department of Education will be responsible for publishing a list of the books and providing it to districts in the state “for review in their selection procedures”.

DeSantis called the changes to the bill “well-intentioned reforms.”

“What ends up in that classroom or that library…the parent doesn’t necessarily have control. But then, once it’s there or it’s going to be proposed, you have the opportunity to review it. There are procedures that will be in place. And, if it violates state standards, if it’s not consistent with what we’ve established under Florida law, then the parent can prevail,” DeSantis said.

Some Democrats and other critics have compared the bill to the “book burning” practices of authoritarian governments.

“In the age of the internet, where endless information is literally a keystroke away, do we really want to join dictators around the world and allow the banning and possibly the burning of books?” Senate Minority Leader Lauren Book, D-Plantation, asked during debate on the bill this month.

The Florida Freedom to Read Project, an Orange County-based group formed this year to oppose efforts to step up textbook review, denounced the bill’s signing on Friday.

“HB 1467 is now promulgated. This law will allow more conservative communities to censor school libraries across the state. FL is a diverse state with large progressive and inclusive communities. This law is unconstitutional,” the group said in a Twitter post.

At the bill signing event, DeSantis, Education Commissioner Richard Corcoran and lawmakers also touted the portion of the bill that limits terms for school board members.

“There is no greater responsibility than telling a politician that your career is, for sure, over at this point,” said Corcoran, a former State House speaker. “School board member terms are long overdue. »

Critics of the proposal have argued that term limits are unnecessary because elections already give voters the opportunity to remove school board members from office.

DeSantis has suggested that elections are just another option.

“I am a big proponent of term limits. But you don’t always have to wait for that,” DeSantis said. “You can throw the bums in the election.”