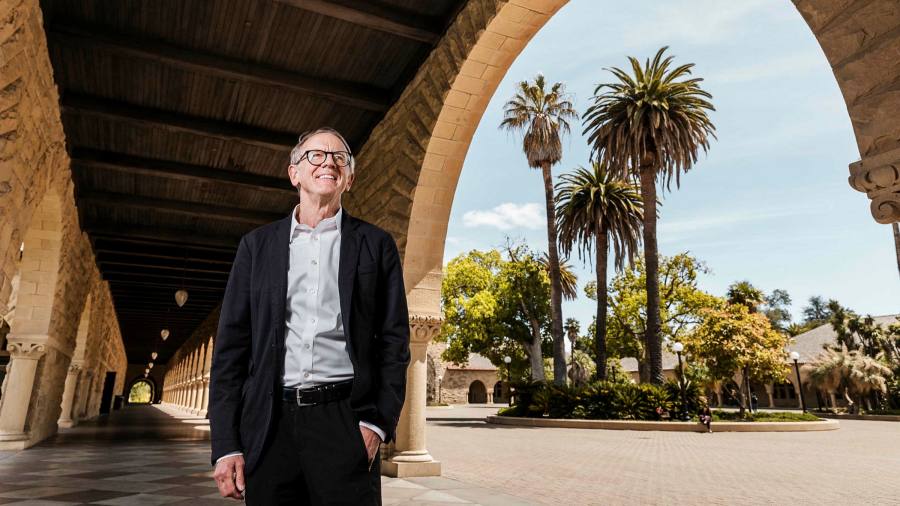 Given the lack of skills and knowledge needed to achieve global net zero by 2050, many celebrated the news in May that billionaire venture capitalist John Doerr had donated $1.1 billion to create a school on the climate change at Stanford University.

The new school will focus on a range of disciplines, from researching new technologies to studying climate policy. However, it made no mention of business skills, leaving plenty of room for business education programs around the world to fill the void.

However, according to a group of academics, they did not move quickly enough to do so. “Although evidence of climate change has been emerging for more than four decades,” they wrote in the Harvard Business Review in February, “business schools have been slow to recognize and respond to this urgent and existential problem.”

The authors of the article – business school professors for climate leadership – are among those who want to change that. BS4CL is a new coalition of European business schools which was launched ahead of last year’s COP26 climate summit in Glasgow and believes that academic collaboration could help bridge the climate change gap in the teaching of business. management.

Find out which schools are in our ranking of pre-experience postgraduate finance course and post-experience programs. Also find out how the tables were compiled and read the rest of our coverage.

“Not all schools have the expertise to design courses and some are better placed to draw on the expertise of an outside business school. So there’s a lot that can be done by working across all institutions,” says Colin Mayer of Oxford University’s Saïd Business School, one of eight BS4CL schools (the others are Cambridge Judge, HEC Paris, IE, IESE, IMD, Insead and LBS).

But a lack of expertise isn’t the only reason schools struggle to make climate change a central focus of business degrees. Another is that business school rankings, including those from the Financial Times, tend to prioritize salaries – although the FT is gradually emphasizing broader criteria. This may deter schools from developing courses for students more drawn to global challenges, such as climate change, than earning money.

Nevertheless, the theme of sustainability has become a feature of Masters in Business programs in recent years. “The number of courses that have sprung up on this topic has been extraordinary,” says Mayer.

The University of Exeter Business School has created a comprehensive program – the One Planet MBA – to help students tackle global challenges such as climate change.

Bruce Usher, a professor of practice at Columbia Business School, sees climate change becoming a bigger part of the curriculum. “It’s become mainstream,” says Usher, who has been teaching climate finance as an elective since 2009. and not just our electives – that’s a game changer.

However, the problem is that, unlike Columbia and others, most schools offer climate change topics only as electives, according to Mayer. “It’s increasingly being integrated into the core course, but the starting point was that it’s an elective course,” he says.

The failure to integrate climate change into courses such as finance, accounting, marketing and operations has long been a cause of complaint among those pushing for management education to focus on climate change.

Between 1998 and 2012, the Aspen Institute’s Beyond Gray Pinstripes ranking, which assesses sustainability content in school curricula every two years, consistently found that environmental topics were covered as modules or electives. distinct, but lacking in core MBA programs.

“Your CFO’s office, legal, accounting, procurement and supply chain departments need to take care of this,” says Mindy Lubber, managing director of Ceres, the sustainable investor network. “No business can achieve its net zero goals if it doesn’t integrate all of these parts of the business.”

Business schools need to be at the forefront of ongoing change, not the rearguard

Lubber would also like schools to offer practical advice on how companies can achieve these goals. “It’s all about execution now,” she says. “We have a critical mass of companies and investors who have said they will commit to net zero – but what does that mean?”

She argues that students need lessons on everything from implementing energy efficiency measures in their buildings to ensuring all vehicle fleets run on clean energy and setting a price. internal on carbon. “We don’t see enough of it,” she says. “They haven’t gotten to the granular level of what it’s going to take.”

Elizabeth Sturcken, chief executive of the US campaign group Environmental Defense Fund, agrees. “Students need to understand how the economy needs to transform over the next 10 years at a high level and then courses that train them in specific areas,” she says. “They need to understand how to turn high-level needs into practical actions.”

Curious about the FT’s commitments to environmental sustainability? Learn more about our scientific goals here