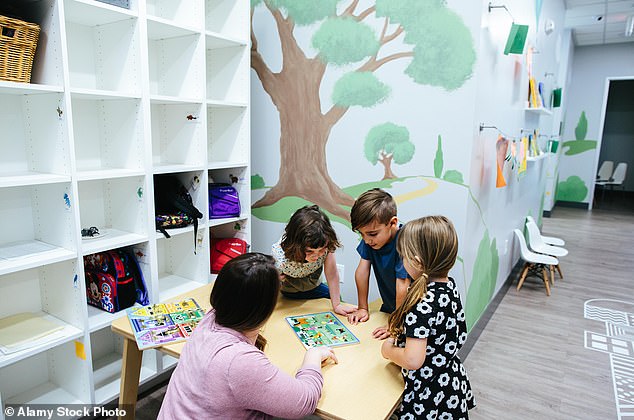 The California Department of Education will vote next week on a new ethnic studies curriculum that calls for the “decolonization” of America.

It is the latest in a trend of schools adjusting their curriculum in the wake of the protests that hit the nation after the murder of George Floyd.

The new California curriculum will focus on “social consciousness” and cultures often overlooked or overlooked in mainstream educational textbooks, such as “African American Studies, Chicana / o / x and Latin / o / x, Native American and Asian American. and Pacific Islanders, ‘according to resources available on the CDE website.

“By affirming the identities and contributions of marginalized groups in our society, ethnic studies help students see and see themselves as part of the United States narrative,” the preview reads.

The aim of the program appears to be to “decolonize” American society and launch “counter-hegemony” in its place.

The program, which will be put to a vote on March 17, contains resources so it can be taught from Kindergarten to Grade 12.

However, the religious component of the curriculum is more controversial than the study of marginalized groups.

The lesson resources contain affirmations and chants designed to â€œbring the class together, build unity around the principles and values â€‹â€‹of ethnic studies, and invigorate the classâ€ after a difficult lesson.

Tezkatlipoka was an Aztec god sometimes honored by human sacrifices.

This song will likely be considered in the exam, as the separation between church and state is blurred.

The program says of the song: “In Lak Ech translates to you are my other self and relates to our habit of mind, our empathy, but also our compassion, interdependence, ecology, l ‘love and mutual respect “.

The model curriculum also has a number of goals that students and teachers can achieve together.

A performance of Tezkatlipoka, an Aztec god who is central to one of the songs of unity in the proposed program

Together, classes can “critique the building of empire in history and its relationship to white supremacy, racism, and other forms of power and oppression.”

They can also â€œchallenge racist, fanatic, discriminatory, imperialist / colonial beliefs and practices on many levelsâ€ and â€œconnect with past and contemporary social movements that strive for social justice and a fair and democratic societyâ€ as students seek to ‘build new possibilities for a society of post-racist and post-systemic racism.’

The expected results with this program include the pursuit of justice, greater inclusion, better understanding of oneself, more empathy for others and the recognition of intersectionality, which is the point of fusion of various identities of people. .

The program also aims for more civic engagement through empowerment, a greater focus on community and better interpersonal communication.

A final draft and public comments on the program are expected to be presented to the National Board of Education from March 17.

The San Diego Union-Tribune reports that part of the decline in the curriculum was a lack of representation from several ethnic groups, including Sikhs and Jews.

This led one of the drafts to move from clear lesson plans and outlines to more thematic and general ideas to avoid ostracizing the others.

The reaction to the program proposal on Twitter has been strong.

One person tweeted: “Check the Old Testament regarding sacrifices. Unfortunately, this stuff is taught every day in American schools. What’s the difference?”

Another: â€œHave students always been required to be so aware of social issues? I don’t remember that in high school.

Chad Ikerd apparently criticized the praises of an Aztec god, saying, â€œDo these people really believe that only whites went to war and colonized? The Aztecs literally sacrificed members of other tribes they were at war with. They were also an empire which also participated in the conquest of foreign lands.

One of them even joked that it was a bad year to change the praise of the Aztec gods, considering all the bad things happening in the world.

California’s Model Ethnic Studies Curriculum follows proposed changes across the country in the wake of the George Floyd murder and the protests that followed.

Last month, a public school system in Buffalo revealed a new curriculum that allegedly teaches that “all white people play a role in perpetuating systemic racism.”

City newspaper reports that the program, if followed, would teach children in kindergarten about police brutality while showing victims of black children being killed by police.

According to Education week, Republican lawmakers in three states are seeking to ban The New York Times’ Project 1619, which reframes educational material regarding slavery and black contributions to society.

Arkansas, Iowa, and Mississippi are the leading states in tackling potential curriculum.