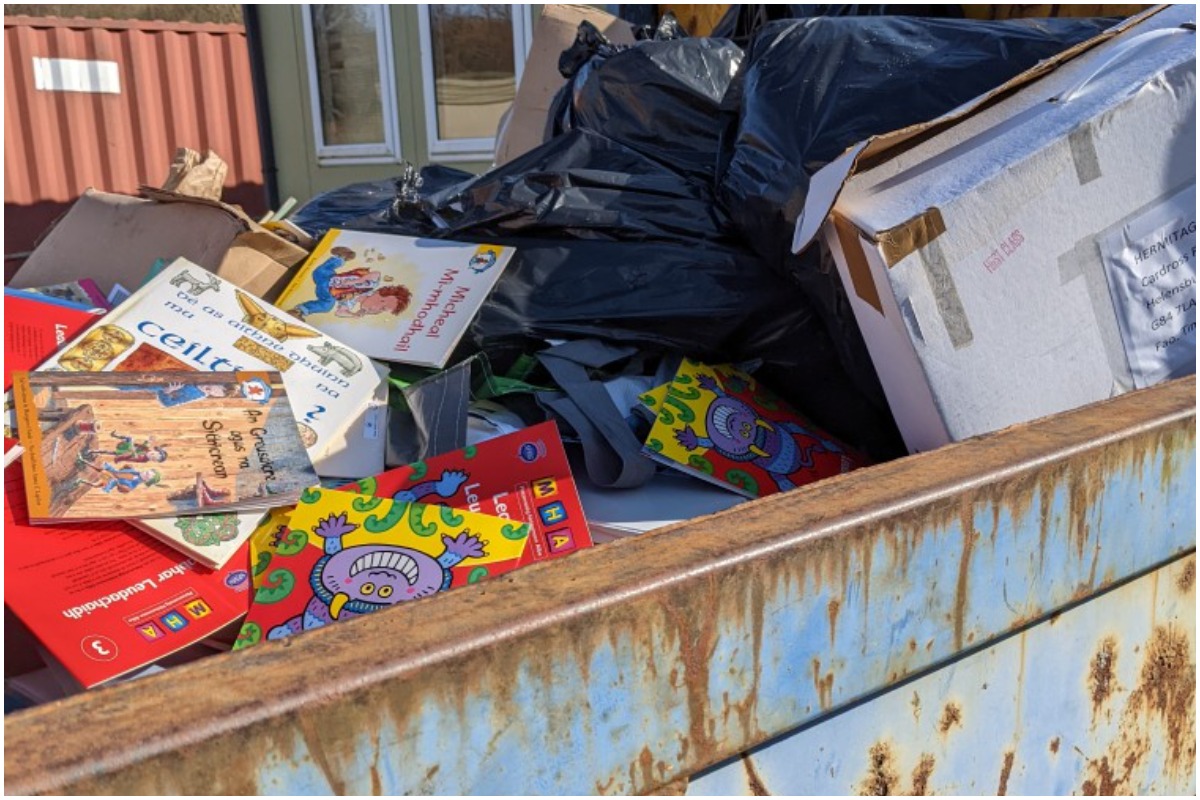 A COUNCIL has come under fire from furious parents after binning thousands of dollars worth of brand new books.

A mass of Gaelic medium education books were found dumped in a council skip in Oban – the birthplace of Gaeldom’s first cultural festival the Royal National Mod.

An investigation has been launched at Argyll and Bute Council into the dumped goods.

Alison Craig, Chair of Oban Gaelic parents’ group Comann nam Pàrant an Òbain, said: “The skip outside the now-defunct Argyll and Bute Education offices was filled to the brim with Gaelic education books and someone has made the decision to bin all those books.

“I can’t guess exactly how much they cost but it must have been tens of thousands of pounds.”

Alerted by a dog walker who saw the stash in the skip, Alison and some other parents retrieved some of the books, many of which are wrapped and used in the current curriculum.

A second skip, believed to contain more books, had been taken away before parents got there.

Most read in Scottish News

Alison said the binning of the books was a clear breach of the council’s Gaelic Language Plan, which is supposed to strive to promote a positive image of Gaelic, increase learning and use of the language.

A spokeswoman for Bòrd na Gàidhlig, the body which advises Scottish Ministers on Gaelic issues, said: “We have seen reports on social media and emails about the apparent disposal of unused Gaelic-medium resources.

“We are in contact with officers at the local authority to ascertain whether this has happened as reported.”

A spokeswoman for Argyll and Bute Council said: “We are aware of an issue relating to the disposal of materials in Oban and we are conducting a full investigation.”