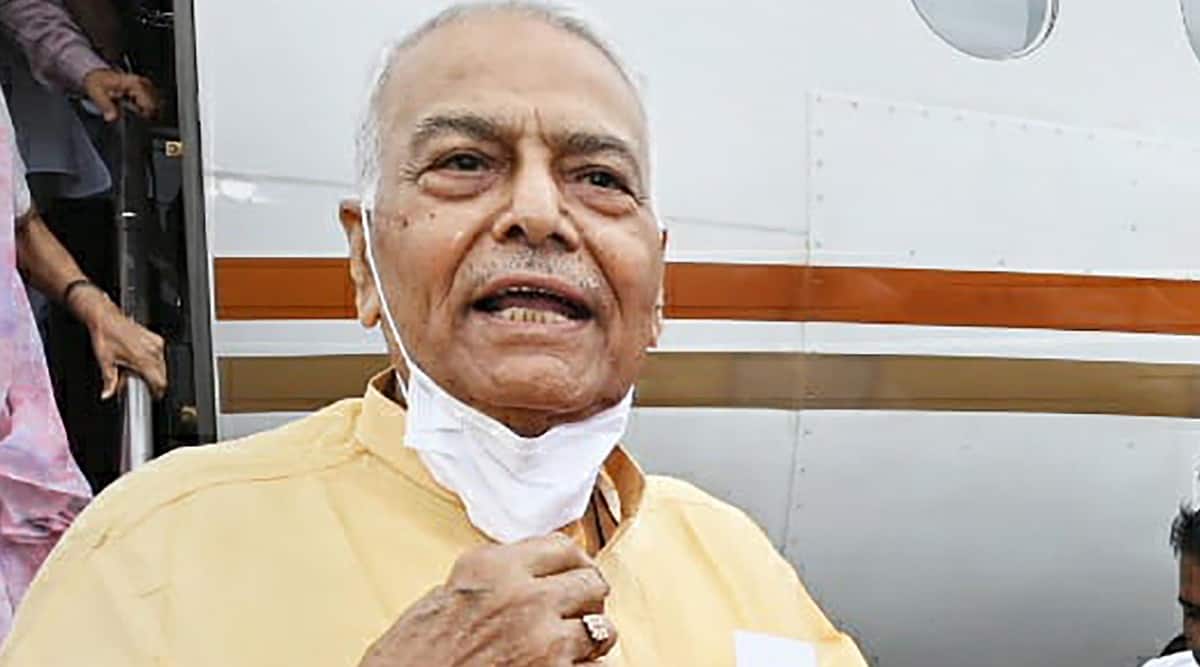 The opposition presidential candidate, former Union Minister Yashwant Sinha, said on Sunday that the BJP government of Karnataka was trying to communalise the school curriculum in the state.

Sinha, who was in Bengaluru to meet Congress MPs to solicit support for the July 17 presidential elections, said the Karnataka government is “trying to communalize the minds of the younger generation by introducing a new school curriculum colored by the ideological agenda of the ruling party.

The opposition presidential candidate also hailed India’s Chief Justice’s statement that the judiciary is answerable only to the Constitution.

“Indeed, I have said since I submitted my candidacy on June 27, that the sole purpose behind my acceptance of the United Opposition’s offer to be their candidate is to safeguard the Constitution and its high values, which are now under unprecedented threat,” Sinha said.

The former union minister said he had high regard for BJP presidential candidate Draupadi Murmu, a tribal leader, but added that the saffron party candidate must vouch for upholding constitutional values ​​and not remain a buffer president.

“Over the past eight years, the regime in power at the Center has launched repeated assaults on democracy and secularism, which constitute the founding principles of our Republic. He has unleashed poisonous communal propaganda to divide India’s multi-religious society,’ he said.

“The day before yesterday, the Supreme Court issued a scathing indictment of Nupur Sharma’s remarks against the Prophet Muhammad, saying: ‘Your slack tongue has set the nation on fire.’ Unfortunately, supporters of the BJP are harassing the Honorable Supreme Court for condemning his remarks,’ Sinha added.

“The central government has armed the ED, the CBI, the electoral commission and even the governor’s office against the opposition parties, their leaders and their governments. In Maharashtra, he overthrew the coalition government of Shiv Sena, NCP and Congress by facilitating the kidnapping of Shiv Sena MPs in Gujarat and Assam, both BJP-ruled states. The Center has no respect for the federal structure of the Constitution. It constantly encroaches on the powers of states,” Sinha said.

The opposition presidential candidate held a meeting with congressional deputies chaired by Congress Leader in the State Legislature and former Chief Minister Siddaramaiah. The Karnataka Congress has five members from Rajya Sabha, one member from Lok Sabha and 69 MPs who can vote in presidential elections.

Karnataka’s other opposition party, the secular Janata Dal, has announced its intention to support the candidacy of BJP candidate Draupadi Murmu. The JD(S) has one seat each in the Rajya Sabha and Lok Sabha and 32 MPs in the Karnataka Legislature.