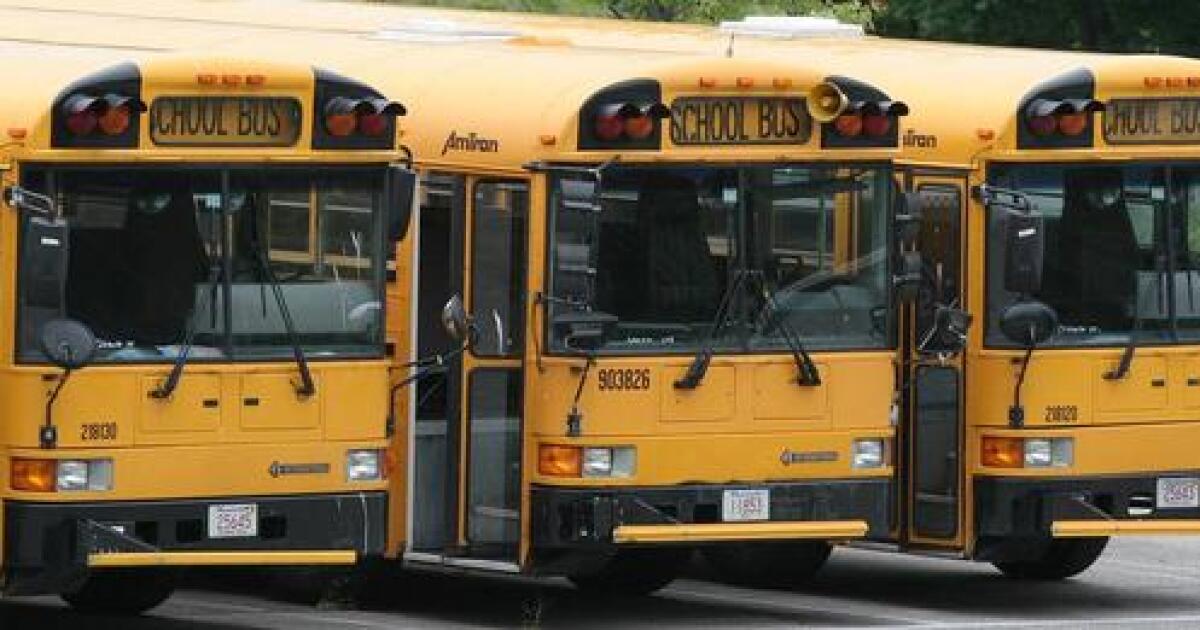 Frustration among Baltimore County Council members with the school system over late buses boiled over Monday night. The board used its power to stop a requested transfer of money within the school system that it saved on salaries due to vacancies to punish school officials.

School buses running late are the problem Cathy Bevins said she hears more complaints about than anything but the coronavirus.

The school system has $33 million unspent for teaching, transportation and special education salaries due to vacancies. School officials want to spend the money elsewhere. After a 5-2 split vote, the board refused to let them.

School officials are struggling with a shortage of school bus drivers. They pointed out that school systems nationwide have the same problem.

But council members on Monday were not happy with that response.

“I’m so, so, so, so tired of hearing ‘well, everybody has this problem, so let’s just give Baltimore County Public Schools a pass,'” Democratic Councilman Tom Quirk said.

Board members also lambasted school superintendent Darryl Williams and his administration for not being aware of what they were doing to get the bus situation under control.

“The buck doesn’t end with the superintendent right now,” Quirk said. “It’s very frustrating for me, not only as a city councilor, but as a parent who has a daughter in public schools, as a citizen and as a taxpayer.”

Republican Councilman Wade Kach said, “Something is wrong and I am so tired of hearing that administrative staff, senior executives, are looking at this. These problems have been around for a long time.

Chris Hartlove, chief financial officer of Baltimore County Public Schools, told board members that the school administration is aware of their frustration.

“We have the same frustrations, and I see people working to try to resolve those issues,” Hartlove said.

Hartlove told the council that he informed Superintendent Williams of the frustration over late buses he heard from council members at a meeting last week.

Councilwoman Bevins wondered if that was the case, why Williams hadn’t picked up the phone.

When no one raised their hand or spoke, Bevins said, “That’s our point.”

Democratic Council Speaker Julian Jones said everyone was frustrated. He tried unsuccessfully to convince his fellow board members not to use the money as a weapon.

“Let’s not use funding to send a message when the message has already been sent and it’s loud and clear,” Jones said.

Council members also took the opportunity to rant about other things, such as teacher shortages and educators having to buy school supplies out of pocket.

The county council in May approved the budget for the coming year, which includes more than $2 billion for schools in the county. But once the budget is approved, the board has little say in how the money is spent. The only reason he was able to block the money transfer Monday night is because the amount reached a threshold at which the school system had to ask permission.

For years, board members have been frustrated handing over so much money without having a say in how it is spent.

Councilor Quirk said: “We allocate so much money to public schools in Baltimore County and I don’t think any member of the county council feels that we have any responsibility.

The school system can prevent the transfer of the $33 million that the board has blocked. School officials say they will have to go back to the county council for approval on how to spend it.