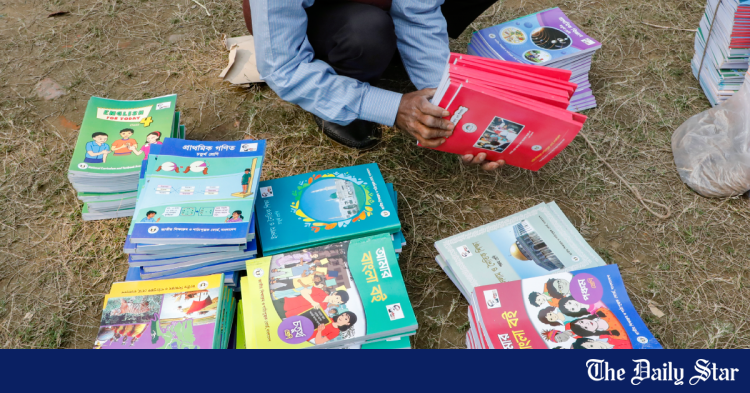 One summer afternoon in Class 9, our PE teacher faced the biggest conundrum of her career when talking to 17-year-olds about menstruation. Hesitantly, he talked about adolescence for 10 minutes.

Though I dare call those awkward minutes a National Curriculum and Textbook Board (NCTB)-approved version of sex education, words like period, menstruation, or sanitary napkins were completely off-limits. After finishing an entire chapter in minutes, he enthusiastically continued to teach us the measurements of a handball court, a sport none of us had the chance to try in real life.

For all the latest news, follow the Daily Star’s Google News channel.

While we excuse the inadequacies of his attempt to teach us about sexual health without acknowledging any of the related terminologies, the incomplete nature of our sex education curriculum is only the tip of the sunken ship that is our sexual health curriculum. ‘secondary studies.

Our program also responds to our culture’s fixation by choosing science over business or the arts as the preferred educational path for students. Most schools encourage students with good grades to pursue science and force students with bad grades to choose the rest, regardless of their ambitions. Not only does this discriminate against students with low grades, but an established culture of science prioritization has created a perception that only the most academically gifted can be allowed to pursue the subject. Therefore, parents expect their children to choose science regardless of their interests.

“There is a false narrative that commerce is inherently easier than science, which is simply not true,” says BUET undergraduate student Anindya Alam. “Students with lower grades overall have to study subjects that might actually be much harder for them than science would have been.”

The majority of educational institutions don’t even have commerce or arts options available before college. Once a student is forced to choose science in class 9 and stick with it until the SSC exams, the transition from science to commerce in college becomes a difficult choice.

Meanwhile, the opposite – from commerce or the arts to science – is virtually impossible. The consequences are perceptible in the university entrance examinations where a large number of students from scientific training migrate each year to commercial or artistic courses. This proves the inefficiency of our current system.

Another critical failure of our high school curriculum is its failure to identify mental health issues and raise awareness about them at an early age.

“Mental health is probably the most overlooked topic of a student’s entire university life,” says Tasmin Khan, another student at BUET. “Some theoretical lessons are in books, but they are not sufficient or taught by mental health professionals. Students also do not receive guidance on how to learn to take care of their emotions and control their cognitive behavior. “

As our society fails to identify mental health as part of our well-being, our high school curriculum introducing mental health issues into the curriculum can help guide our children to manage their emotions in a meaningful way. responsible and in doing so begin to normalize mental health on a larger scale basis.

Ironically, the biggest gaps in our curriculum are evident in traditionally priority subjects like physics, chemistry and math. Board-approved books on mathematics are not application-oriented and have a strong focus on problem solving. They lack explanations of mathematical theories which should develop the fundamentals, before tackling the mathematical problems. The same goes for chemistry and physics.

“School board-approved physics textbooks lack elaborate explanations, and students must rely on college-level textbooks or tutors to understand the concepts,” Anindya continues. “Chemistry, as a subject in Bangladesh, does not prioritize application-based studies at all. Most secondary school students look down on chemistry because of its heavy reliance on memorization.”

Crucial chapters dealing with industrial chemistry or laboratory safety end up being seen as a hassle because students have to memorize information not relevant for MCQs.

The curriculum based less on theoretical study and more on mathematical problems has created a problematic culture among our students. Students can easily get away with exams by memorizing how to solve particular types of math problems that make frequent appearances in board exams.

The problem is also apparent in subjects like Bengali and English. Although the NCTB approved Bengali textbooks are rich in content, the problem lies in their execution as the question pattern in the exams is foreign and inept. The MCQ part, for example, relies heavily on memorizing specific information from stories or poems that do not properly assess the candidate’s understanding of the text. English for Today, the council-approved English book, is consistently derided for its bland selection of essays and poems, its futility in understanding its readers’ language abilities, and its consequent failure to develop English fluency. student English. The tests do not include aspects such as vocabulary or speech analysis which are crucial factors in language learning. The result is our students’ anxiety, discomfort and ineffectiveness with English.

Subjects such as “work and life oriented education”, “career education” and “agricultural studies” were intended to help develop a student’s skills in the more practical side of business . However, in reality, students consider these subjects to be just a hassle compared to science or math. Our coaching course culture has already found a way to capitalize on these courses included in the curriculum. For high school students to consider taking courses in a subject intended to prepare them for their careers paints a grim picture of our collective understanding of education. It also describes the shortcomings of the NCTB in designing course content for these subjects.

The NCTB plans to launch a new curriculum by 2025 that would emphasize skills rather than theoretical knowledge and remove separate educational streams in grades 9-10. The ministry has identified 10 such skill areas which it believes students should master by the time they pass class 12. Under the proposed curriculum, students in classes 9 and 10 will get 50% of their grades in Bengali, English, Mathematics, Science and Social Studies based on classroom performance, and the remaining 50% based on public examinations. However, the remaining five subjects – Life and Livelihood, Religion, Physical and Mental Health, Arts and Culture, and Science and Technology will have their entire grades based on school performance.

This new program could have harmful repercussions according to several teachers like Habib Ullah, head teacher at Ideal School and College.

“With 5 of the 10 core subjects being graded entirely on the basis of classroom performance, these subjects will lose their value as students focus more on the remaining five subjects that will be included in public exams,” says Habib. “Therefore, these subjects could prove impractical due to the grading system. The extent of corruption could also be an issue if grading is left in the hands of schools.”

The ministry also plans to implement the same strategy in grades 11 and 12 where 30% will be based on classroom performance and 70% on public exams.

Developing our national curriculum is a long and tedious process. The only silver lining is that the NCTB is aware of the issues and intends to redefine our entire education system. With revised course content, rewritten coursebooks, and new topics prioritizing student skills and competencies outside of bookish theories, success clearly hinges on its proper execution. Unfortunately, when it comes to the precise execution of proposed ideas, NCTB does not have a decent track record.

Remind Ifti to be quieter at [email protected]