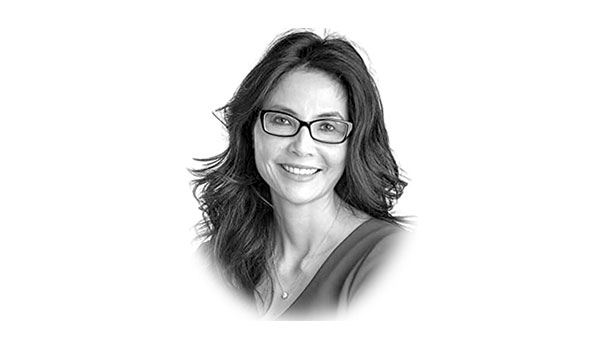 A critique of Chinese history in Pakistani textbooks

STATEMENTS on Sino-Pakistani relations such as “iron brothers”, “Pak-Cheen Dosti higher than the Himalayas, deeper than the oceans and sweeter than honey”, etc., are so familiar to us that a few people think about what is said about China in Pakistani textbooks.

Pakistani textbooks here refer to Oxford History for Pakistan and Geography Alive written by Peter Moss, a well-established author of primary and secondary level textbooks on a variety of subjects in the UK and overseas.

Both series form a complete social studies course at secondary level and are popular textbooks for Pakistani schools inside and outside the country.

A global image of China from antiquity to the present day has been presented in these series.

But there are a few arguments that I think need to be clarified and revised. First of all, the history of the Silk Road has been forgotten in the history book.

As we all know, the ancient Silk Road served as a bridge to connect Chinese civilization and other Asian and European civilizations.

Thus, the history of China without this landmark event is not complete. Second, I hardly agree with the argument that the Chinese turned inward and tried to cut themselves off from the rest of the world between the Song and Qing dynasties.

Instead, historical facts show that there were frequent overseas trade activities between China and the states of Southeast Asia, Central Asia and those along the eastern coast of the Mediterranean Sea during the same period.

A typical example is the exploration by the famous Ming Dynasty Admiral Zheng Ho around the Indian Ocean region.

On China from early modern times to the period of the democratic movement, the history book has made reasonable judgments.

To name a few, China is considered a more advanced civilization than the West in the 16th century, and a relatively backward country in the 18th century.

The Anglo-Chinese Opium Wars are rightly interpreted as “the British government has declared war on China and invaded her under false pretence”.

But then a few lines are written about Mao Zedong’s establishment of the new China in 1949 and the open-door policy and practice since the early 1980s.

Also, China during the reform period has been misinterpreted as “Today, China is rapidly moving towards capitalism.”

This statement is absolutely against the Constitution of China, which states that PR China is a socialist country.

I must say that these stories are a violation of the one-China principle and should be revised.

A few points can explain these kinds of stories about China. Manuals have been revised in a longer time frame, or perhaps no revision at all.

The author is an Englishman and his British education has more or less left an influence on his writing, which to some extent results from the Western view of history and historical theory.

Above all, the current Pakistani education system, English private schools in particular, is a major successor to the British school system.

Being under British colonial rule for about one hundred and fifty years, the upper and middle classes of Pakistan had learned and followed the British educational system without doubt or questioning.

Instead, it can be understood as the impact of the British colonial education mechanism. At this point, I feel the need to clarify that the article is not intended to criticize the Pakistani textbook editorial department and the writer.

On the contrary, it seems very necessary to bring the matter to the attention of the relevant departments when considering what the possible impact of these Chinese narratives on Pakistani students might be.

As mentioned above, these textbook sets are commonly used in private English-language schools in Pakistan, whose children are mainly from upper-middle-class families, and they form the core of Pakistani society.

Logically, one can understand that these textbooks exert influences on the most important social force of Pakistan in the two to three decades to come.

We all know that history textbooks are supposed to be very important instruments for shaping students’ values, and they are essential for cultivating the patriotism of citizens in the context of a national state.

For now, we cannot say that the western ideology driving the narratives about China will eventually lead Pakistani students to a misunderstanding of China and the Chinese people, because it will take more time to form a perception .

But it is better to prevent the negative impact in advance. China and Pakistan are confident that our historically tested relations and friendship will not be damaged by such China-related stories.

Nevertheless, there is a need to examine how to present a fair and true image of China in Pakistani textbooks, and it is particularly essential to strengthen China-Pakistan relations on the current occasion when China has become the world’s second largest economy. world and where the world undergoes the invisible changes.

—The author works as a senior researcher at He Bei Normal University, China.